Sarah and George Explain Why the World Needs Don Quixote 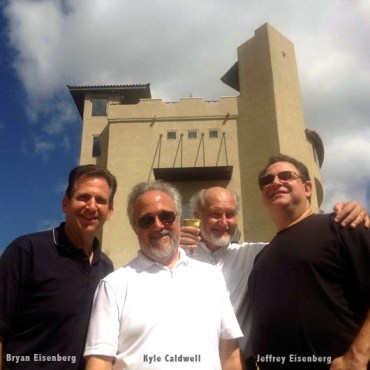 Sarah says if you rely solely upon reason, your actions will be based upon what you believe to be possible. You’ll not likely attempt the impossible. She goes on to say, “Quixotism is the passionate pursuit of an ideal which may not be attainable. It is the belief that an individual can alter reality and redefine what is possible.”

Are you a conformist who believes we must accept the dominance of giants?

Of course you’re not. If you were, you would not be reading this. You are the “unreasonable” person of whom George spoke.

The opening lines of George’s biography at NobelPrize.org tell us, “George Bernard Shaw was born in Dublin, the son of a civil servant. His education was irregular, due to his dislike of any organized training.”

George disliked organization? He would have adored Wizard Academy. Sadly, George Bernard Shaw died in 1950, exactly half a century before Wizard Academy was born. So alas, we cannot meet him.

But Sarah is still with us. And she is looking for work as a babysitter. I know this because I found her 2011 college thesis during a Google search and was deeply impressed by it. Curiosity required me to learn more about her.

Here are a few quotes from the introduction to her thesis:

“Quixotists are the willful creators of their own destinies.
Their childlike ability to marvel at the world, desperation to experience a full life, and willingness to pursue goodness and beauty through an adventurous process of trial and error set them apart from all who depend upon common sense. Thus, quixotism has the potential to serve as a mechanism of social change, stretching the limits of the possible.”

“Given that quixotism stands in stark contrast to the more cautious, conventional notion of reason, it initially appears to be nothing more than madness and is often summarily dismissed as such. However, one of quixotism’s most important principles is its recognition of ambiguity and uncertainty. This philosophy thrives in the space between the known and the unknown.”

“Quixotism represents the most profound expression of genius: joyful curiosity about the world and a willingness to explore. As thought and action are inseparable, it is both a belief system and a way of life. While the practice of quixotism leads to a greater number of mistakes than more restrained forms of intellectualism, it also yields more successes as a result of its extreme nature.”

Young Sarah is obviously one of us.

Shall we contact her? Shall I offer her a scholarship to a class at
Wizard Academy? Would you like to help cover her travel costs?
Babysitters don’t often have money for plane tickets.

It is Christmastime. You are busy. I am busy. So perhaps we should forget the whole thing.

I leave it up to you.