Will You Please Bring It Into Existence? 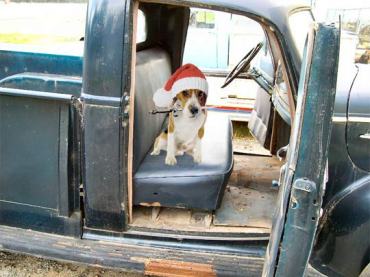 You have within you an idea, a possibility, a thought that has never quite gone away. You tell yourself it’s a childish fantasy.

Perhaps it is. And that’s precisely why you should rescue it from the shivering shadows.

Let your child live in the light. You’re strong enough now to watch over it and protect it from the beasts that would devour it.

Let your child live in the light.

This “thought that has never quite gone away” provides you with a perspective not fully understood by those around you. You see a special connection between certain things that others don’t quite see. This is probably one of your “life messages,” a note you carry from God to the rest of us.

We are terrified to deliver life messages. I’m not entirely sure why. But I do know that every two-dimensional life gains depth when its message is brought into the light.

Have you been living a 2-dimensional life? If you will share your secret belief, your special perception, you can step into an exciting, 3-dimensional world.

That’s the price you pay.

I’ll admit this probably sounds highly abstract and even a bit airy-fairy, so I’ll make it concrete by giving you some examples:

1. I believe there are specific, spatial relationships within a 3-dimensional color model – my favorite is Munsell’s – that can accurately predict the emotional effect of juxtaposing selected colors. We explore this idea briefly during the “Color” module of the class, Portals and the 12 Languages of the Mind.

2. I have been haunted by the number 3 since I was small. During the past 17 years I’ve investigated the relationship between the numbers 2, 3 and 4, and have been encouraged by the fact that Lao Tzu was haunted by the same idea during the lifetime of Alexander the Great (about 325 BC) and he wrote about it in chapter 42 of the Tao Te Ching. Augustine of Hippo was likewise haunted by threes in 410 AD and shared his conclusions in chapter 2 of book 15 in his series, On the Trinity. Alchemists struggled with this 2-3-4 relationship during medieval times, calling it “The Axiom of Maria.” Mathematician and theoretical physicist Henri Poincare’ was haunted by threes in 1887 when he investigated the wild-card power of every third gravitating body in complex systems and invented algebraic topology as a direct result. Carl Jung built his Theory of Individuation around the idea. So maybe I am a nut, but I’m a nut in pretty good company. If this idea holds interest for you, any of the cognoscenti of the Magical Worlds Communications Workshop can explain the benefits and uses of this perception of threes in detail.

3. I want to create songs in which the musical instruments, themselves, sing the words to the song. You know what a trumpet sounds like. You can identify it by its sound. Now imagine the voice of a trumpet speaking intelligibly. I believe this will soon be done, not just with trumpets, but with every musical instrument. The vowels of any language can easily be converted into notes via their frequency signature, so the problem of making instruments “talk” doesn’t lie within the vowels, but in the formants of the consonants.

Are you beginning to understand what I mean when I say, “a perspective not fully understood by those around you… a connection between certain things that others don’t quite see?”

You have ideas like these within you, too. Why not let them out?

Life messages are hard to articulate. No matter how well you explain them, your explanation always feels incomplete. Don’t let that hold you back.

Life messages bring life to others but they also take a lifetime to deliver.

Earl Nightingale, before he died, left you a message.
”Never give up on a dream just because of the time it will take to accomplish it. The time will pass anyway.”

Nolan Bushnell adds to this message a comment of his own.
”Everyone who has ever taken a shower has had an idea. It’s the person who gets out of the shower, dries off, and does something about it that makes a difference.”

Terry Pratchett wraps these gifts from Earl and Nolan with a ribbon of rainbow light. “You’ve heard that before you die, your whole life flashes before your eyes? This is true. It’s called living.” Are you ready to get started?

John Burroughs was born when Abraham Lincoln was just 28 years old. John died nearly 100 years ago. But before he died, he slipped a message into a time capsule and flung it deep into the future, to this moment, to you. This is his message: “The lure of the distant and the difficult is deceptive. The great opportunity is where you are.”

Don’t ask me what it means. That’s between John Burroughs and you. But I’d love for you to share your life messages with the board of directors of Wizard Academy.

Write them down, as best you can, and send them to vice chancellor Daniel Whittington, daniel@wizardacademy.org

And we promise we won’t think you’re crazy.