My Thanksgiving Thoughts, For Friends Only 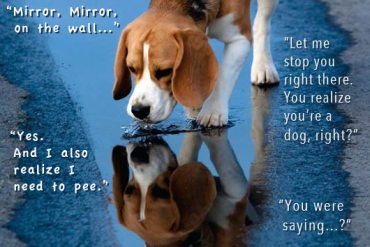 Fifty-one times a year I write things I believe you’ll find to be useful. Once a year I turn the mirror toward myself. This is that time.

I hope you don’t mind.

I’ve enjoyed 8 distinct advantages in life for which I can take no credit. I am thankful for 6 of these advantages, but weirdly embarrassed by two of them.

I was born in America as a white boy during a time when to be anything other than that was a distinct disadvantage. I didn’t choose to be white and male, so I’ve always carried uneasy feelings of guilt. There you have it.

I’m often reprimanded by those who feel it’s in poor taste to acknowledge differences in race and gender. This confuses me. I believe it’s in poor taste to pretend that minorities and women are always as quickly hired as white boys. Things are certainly better today than when I was young, but we’ve got a long way to go before we’re the nation we pretend to be.

These are the 6 things for which I have always been thankful.

1. I was born poor.
This gave me a certain fearless resourcefulness that isn’t so easily learned in the better parts of town.

2. I was born introverted.
This makes it pleasant for me to focus and concentrate deeply when I’m alone. I’ve used this preference to great advantage throughout my life. My clients even pay me for it. I call these deep thoughts “plotting and scheming against the rest of the world.”

3. I began losing my hair in my late teens.
This gave me credibility as a young ad man. Thinning hair makes a boy look older, so I looked 30 by the time I was 20. You have no idea how much more seriously people listen to your advice when you don’t look like a kid.

4. I was raised by a mother who gave me copious freedom and good advice.
Mom knows that traditional wisdom is usually more tradition than wisdom, so she taught me to think for myself. And her belief that I could accomplish whatever I chose was so vast and complete that I could not help but believe it myself. Add to this the simple fact that poor people are resourceful by necessity and fearless because they have nothing to lose and you’ve got the ingredients of an unbreakable entrepreneur.

5. I fell in love with a girl who believed in me.
Miraculously, she agreed to drop out of college and marry me when we were both eighteen. This is huge. It cannot be overestimated. My belief in the extreme importance of one’s life partner is so overwhelming that I taught my sons throughout their formative years that their choice of a life-partner would be far more important to their future happiness than their educational path or choice of career. I know such statements are considered to be heresy in career-worshipping America but they never arrested me for it.

There is one more thing for which I am thankful.

6. I’ve had deeply personal encounters with God that make it impossible for me to be agnostic even though I find it easy to follow the logic of close friends who believe him to be a delusion. And my God likes me! I’m sorry if this makes you uncomfortable or angry, but we’re talking about me today, not you, remember?

I’ve shared with you from my heart today – at great risk – in the hope of inspiring you to look inwardly this week and celebrate the ordinary in your life with great joy. We’re about to go into 2014 together and we’ve never been there before so I felt we should take inventory of all our assets.

Here’s your assignment, if you’re willing:
Write down at least 5 things for which you are thankful. And you cannot list “Family,” “Friends” or “Health,” because frankly, these go without saying. To be thankful for broad categories like these is lazy, bordering on the unspeakably cliché. So be specific in your thanks. And don’t just name the thing, explain it.

Will you do it?

Pennie and I will read your lists on Thanksgiving and be thankful with you.