Lessons Learned From the Poor 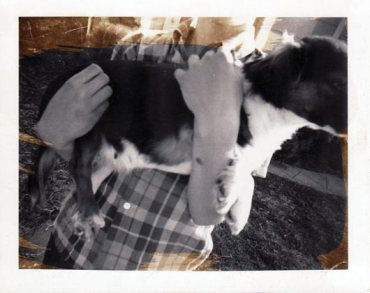 I’m 21 years old but my thinning hair makes me look about 30. I consider this to be my greatest asset.

I walk the retail sidewalks, looking in windows, deciding if I will go in. A peddler goes door to door unthinkingly, playing the odds, tossing his pitch to anyone who will catch it like the common cold. But I choose my doors carefully, walking past most, looking always for those little indicators that whisper, “The owner of this business has a brain.”

I climb wooden stairs to the trailer house office of a mobile home dealer on Admiral Boulevard. Standing on the cedar deck outside the glass door I see myself looking back at me, the sport coat I bought for 3 dollars at the Goodwill store, the briefcase I carry to look educated. Behind me is the neighborhood of Ponyboy Curtis, an unfiltered assortment of bent automobiles, broken houses and discarded people.

My footsteps drum the wooden deck. Behind the glass, two men drink scotch at a coffee table in a cloud of Winston and Lucky Strike. The heavier one looks up at me, then back to his scotch as I swing open the door and step inside.

“Whatever you’re sellin’, we’re not buyin’.” His eyes never leave the scotch.

“Probably advertising,” said the other, careful not to look my way.

“I came in here because you guys appear from the road to be smarter than most. Don’t tell me I made a mistake.”

Both men turn to look at me. They stare. I stare. The second one speaks again. “What makes you think we’re so smart?”

“The sign, the flags, and the angle of presentation.”

Holding a solitary finger in front of me, I give them the facts. “Five sheets of inch-and-an-eighth tongue-in-groove plywood gave you an 8 by 20 sign on which you painted ‘Veterans Housing Specialists’ in exactly the same style and colors a government agency would use. You’re looking for that Veterans Administration ‘one-dollar-move-in’ money that you know every Viet Nam vet has available to them. You’re smart enough to paint the sign. I’m smart enough to know it’s working.”

A second finger joins the first. “Every other dealer on mobile home row uses exactly the same strings of cheap vinyl flags to get attention. Red, yellow, blue, green and white. But you paid extra for unicolor strings of metallic silver and metallic gold. It makes your mobile homes look upscale.”

Three fingers. “You have the least inventory of any dealer but your customers never realize it because while every other dealer places their homes parallel to the road, you’ve angled yours so that no home is ever blocked from view. This is visually more interesting, gets more attention, makes the homes seem distinctive AND you’re creating leading lines in a V-shape that guide the eyes of passers-by to your seemingly official ‘Veterans Housing Specialists’ sign.”

The second one stood up and shifted his scotch to his left hand. “I’m Jim McDuffie.” Pointing to his partner he said, “That’s Mac McKean.” Reaching toward me for a handshake, he said, “And you’re our new advertising guy. Tell me what I need to buy.”

I like to tell that story because it makes me look smart. There are other stories I don’t like to tell.

Jim McDuffie’s business is big enough to advertise in multiple ways. This means I have a safety net. If the ads on my tiny little radio station don’t produce results, the traffic generated by the other stations will cover me. I rarely have this luxury.

The upside of working for the smallest radio station in the city is that I can make presentations to businesses with budgets too small for any station but mine. In other words, the salespeople who work for the larger stations are limited to just 1 of every 100 businesses. The other 99 can’t afford their rates, but every business in town can afford me.

Pain is the teacher you never forget.

When I lost my hair at an early age I knew it gave me an advantage. But only later did I realize that being the only salesperson for the number 23 station in a city of 22 stations gave me an even bigger advantage. No other salesperson had a private physics laboratory in which they could accurately measure the cause and effect of each of the variables in advertising. Salespeople asking for pieces of bigger budgets saw the results of their ads through a blurry lens. They had no clear way to see how their ads were working, no way to sift their own results from the results generated through all the other media their advertisers were buying.

Thank you, Mr. Kitchell, for trusting me with your money 34 years ago. I learned some hard lessons at the expense of a lot of good people like yourself who couldn’t afford to lose what I cost them. I used the education you bought me to help a lot of people. Many of them became hugely successful.

I think of you often, Mr. Kitchell, and I still regret that I was unable to take you where you deserved to go.