I Hate That I’m Good 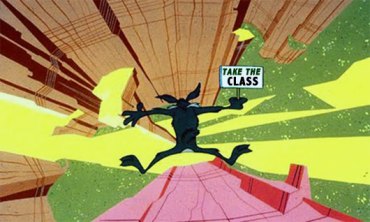 I hate that I’m good at writing direct-response ads. You know the ads I’m talking about. The ones that sell you something you don’t really want or need.

Twenty years ago Woody and I bought Melrose necklaces at 11 dollars and sold them by the wheelbarrow load at 99 dollars apiece. You couldn’t comparison shop our Melrose Necklace because we completely made up that name. Other stores called them “Y-necklaces” and sold them for 20 dollars. You’ll laugh when I tell you how we came up with “Melrose.”

Sean and I sold so many Love Loops with “tiny little diamonds, glittering and twinkling and sparkling in the sun” that we wiped out the global stockpile of a worldwide manufacturer with just 4 days of advertising.

Brian and I increased the call count of his service business by 5 times the percentage he had hoped for in 2012. The secret? A direct-response ad that clearly named and framed the felt need.

In another service business, Casey and I have convinced 16,000 people to buy an ounce of prevention for 20 dollars a month. Do the math and you’ll see an income approaching 4 million dollars a year.

Strangely, I don’t feel any better.

No, I won’t write one for you. But I’ll cheerfully teach you how to do it.

“Why don’t you like writing them? It sounds exciting.”

“So who gets addicted?”

“And that’s a problem because…?”

The longer you run a direct response ad, the less well it works. Take a look and you’ll see that every successful direct-response ad ever written has ultimately been abandoned. Every one of them. But the success generated by direct-response ads quickly becomes – in the mind of the advertiser – a God-given right. Yesterday’s miraculous response becomes the minimum result the ad writer must now exceed. And if you exceed yesterday’s miracle by only a small amount, well, “you’re losing your edge.”

That’s no way for an ad writer to live. Especially if you’re lazy like me.

A direct-response ad bridges the psychological canyon that exists in the mind of your customer. When your ad falls short, they land in the bottom of the canyon and don’t make it in to your store. If you do what I’ll teach you, those customers will land safely on your side of the canyon where you’ll be waiting for them with a hearty handshake and a happy “Welcome Home!”

Give those new customers a glowing first experience and they’ll come back to you again and again.

Today’s memo is both an invitation and a warning. I’m going to teach a 3-day workshop on direct-response ad writing and you’re invited to register for it.

The warning is this: you will probably leave this class and immediately overuse what I’ve taught you. If addiction was easily resisted, it wouldn’t be called addiction.

Direct-response ads are something Americans do better than anyone else. And my suspicion is that Texans do it best of all. This workshop is going to be held at Wizard Academy in Austin, Texas, the school for the imaginative, the courageous and the ambitious.

HOW TO CHOOSE YOUR OFFER.
Can everything be sold with a direct-response ad?

HOW TO CRAFT YOUR MESSAGE.
How to End
Where to Begin
What to Leave Out.

And then we’ll brainstorm all the possible ways your message might be delivered. In other words, we’ll discuss your media options.

And then we’ll laugh and drink some wine.

As a bonus – and this is huge – I’ll teach you how to recruit exceptional employees with extraordinarily seductive, direct-response classified ads.

My Wizard of Ads partners already know how to craft these miracles and not all of them are as lazy and self-accommodating as me. Here’s an email Jeff Sexton received from one of his clients recently.

“Here’s what happened. The day it came out I had 18 phone calls. 9 of them made appointments. The other 9 were Medicare and I don’t take that insurance for a lot of reasons. Over the past 3 weeks I’ve continued to have at least 3 new patients a week. I placed the vertical ad in the Healthy Idaho Magazine and contracted to have it run 6 times. By doing that I also get 2 Sunday ads a month. Bottom line is I have already paid for the ad for the year with the revenue I have generated from the first month. Thanks for your help. I hope you are enjoying this transition to summer. We’re staying home for most of it and my focus is to get my golf score into double digits.”

Yes, you’re right. I’ve been using in this memo some of the techniques I’m going to teach you when you take your seat in the workshop.

Gosh, that was tacky. I wish I could take it back.

Here’s how I’ll make it up to you: I’ll show you that ad Jeff Sexton wrote for his client, a family nurse practitioner.

Come to Austin and we’ll teach you things so powerful they’re illegal in 7 states and under investigation in 19 more.

Okay, I made that bit up. None of this stuff is illegal.

A 3-Letter Domain Name. RHW.com is where a bunch of us meet once a month for a live, 1-hour webcast with the Wizard. Word To The Wise: I happen to know that he will be sharing a few of his Direct Response techniques in the upcoming webcast.