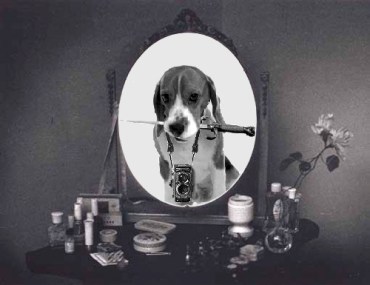 Reverse Your Thoughts, Increase Your Income

Unifying Principles are those guiding thoughts around which all your actions revolve. When you hold them in plain sight, you always know what to do next.

Brilliant people stumble when they focus on the parts and neglect to see the webs of connections between those parts. This is what causes medical doctors to treat each symptom separately while failing to recognize the underlying disease.

Such compartmentalization is an even bigger problem in business, causing owners and managers to wrestle with symptoms instead of solving the problem. Not enough customers, low profit margins, high employee turnover and negative online reviews are merely compartmentalized symptoms of a systemic malfunction.

Let’s develop some unifying principles for your business that will help you create your happiest possible future:

1. Think of your perfect ending; leap forward in time and see the outcome you most desire. How does that future company behave? Who are its customers? What marvelous things does it do that cause its customers to recruit their friends? What do these happy customers say about you? Describe, right now, the perfect day in this business you’ll own in the future. See, feel, taste and smell all the details of that soon-coming day.
2. Hold those thoughts clearly in your mind.
3. You are now equipped to identify the constituent components of this happy future. You’re ready to create the steps that will take you there. You’re ready to draw the map you will follow.

Are you beginning to get the picture?

A clear and stable vision of the End Goal is required to inform the small choices that will bring that goal into existence.

This particular application of Gestalt Theory springs from TRIZ Principle 13: turn it upside down; reverse the process; do it backwards. If you want to learn the other 39 Principles of TRIZ, check out Mark Fox’s book, Da Vinci and the 40 Answers or attend that class when Br’er Fox teaches it on Oct. 30-31.

Wizard Academy cognoscenti Dr. Kary Mullis never heard of TRIZ Principle 13 but he instinctively used it to create Polymerase Chain Reaction (PCR,) the invention that opened the door for DNA research and won him the 1993 Nobel Prize in Chemistry. Kary said, “Everyone was looking for a needle in a haystack, so I said, ‘Why not turn the haystack into needles?'” Turn it upside down; reverse the process; do it backwards. That’s how PCR was born.

More recently, Kary used Principle 13 to create Altermune, the invention that will probably win him a second Nobel Prize. Speaking of that portion of our immune system that attacks foreign tissue and of how it has been studied for decades so that it can be suppressed during organ transplants, Kary said, “Suppress it, hell, why not aim it?” And from that bit of backwards thinking Kary Mullis invented an antidote for anthrax. He will likely use this same technique to invent cures for dozens of other things for which our bodies have no defense.

Watch the video at TED.com