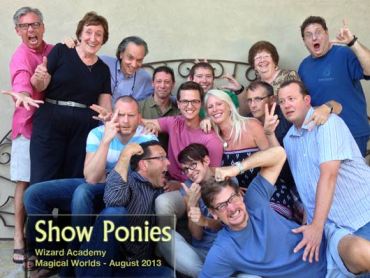 Commentators say that people today have a shorter attention span than in the past, but Jerry Seinfeld and I don’t believe this is true.

“If you are entertaining them.”

I believe it’s presumptive to say that today’s generation is more easily distracted than previous generations. It is accurate, perhaps, to say they are more often distracted, but might not their forefathers have been just as often distracted had they carried electronic worlds in their pockets?

The truth is that people today have a low tolerance for boredom. Combine this with the constant availability of entertaining attractions and it’s easy to see why this question of attention span keeps popping up like a prairie dog.

Of course people today can pay attention. But why should they?

We are insulted when people turn their attention away from us, especially when we believe what we’re saying is important.

Or you can realize that attention will always turn toward whatever stimulus is most interesting. You can see the competition for attention is fiercer today than it has ever been. You can see that we need to up our game.

Our ability to gain and hold attention depends entirely upon our ability to stimulate the curiosity of others.

Can you stimulate curiosity? If you can’t, you will not hold attention. Not in your ads, not on the telephone, not face-to-face.

I tell my business partners, the Wizards of Ads, not to be offended when someone in the audience begins texting or playing a video game, but to take it as a signal to add some sparkle to their talk; do something more interesting than the distraction; win back the wandering mind. They are now among the most riveting speakers in America.

So what will it be? Will you blame the audience or blame yourself?

If you blame the audience, you eliminate all hope of improvement because there is nothing you can do to fix the audience. You must then conclude that society is circling the drain. “America is in decline, blah, blah, blah”.

But if you blame only yourself for not rising to the challenge of increased competition, that problem is easily solved:

All you have to do is become more interesting.

Begin by entering your subject from an unusual angle.
“Jerry Seinfeld and I don’t believe this to be true.”

Use examples that are relevant to the audience.
“…electronic worlds in their pockets.”

Specificity is more interesting than generalities.
“…this question of attention span keeps popping up like a prairie dog.”

Don’t over-explain. Let your listeners figure it out for themselves.
“You can blame Alfred E. Neuman.”

Unusual intonations and inflections captivate the ear and make it difficult to quit listening.

Talk faster than usual. Our speed of hearing greatly exceeds the speed of speech. Nothing bores people faster than taking too long to say too little.

Deliver big ideas quickly like boulders in an avalanche. Rapid distraction is a machine gun that requires you to collect bullets in advance.

You can no longer just make it up as you go along.

The future is a magical world that will belong to those who can gain and hold attention. How much of that magic would you like to own?

And that’s why it’s called – you have wondered, haven’t you? – “The Magical Worlds Communications Workshop.”

Preparation and practice. These are the keys.

Let us hand them to you.

One Response to The Attention Span Myth