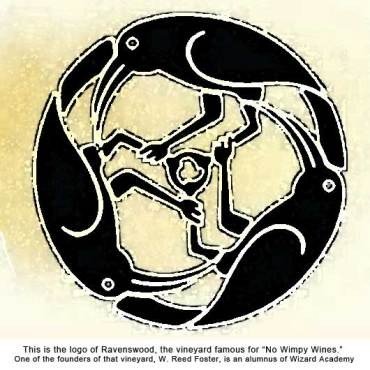 We tend to think of imitation as the opposite of innovation but I don’t believe this is true. “Opposite” indicates opposed positions, left and right. But my observation is that innovation and imitation are usually the second and third positions in a continuing circle that has improvisation as its starting point.

Here’s how that circle is usually drawn:

You are faced with a problem for which you have no solution, so you improvise. Or a known and trusted solution fails to perform as it has in the past, so you improvise. It is through such improvisation that innovation is most often discovered. Then, when the innovation has proven to be more efficient, it is imitated again and again to become our new state-of-the-art. It will be touted as a “best practice” for a while, then lose its luster to become merely the status quo, “the way things are done.” Yesterday’s brilliant innovation then becomes traditional wisdom, and as new circumstances arise, we begin to suspect it to be more tradition than wisdom until finally it becomes “the box” in which we feel trapped.

You’ll say, “I need to think outside the box,” and improvisation will begin again.

1. Improvisation*
2. Innovation and
3. Imitation are three positions on a continuing circle, or more accurately, a spiral.

Practical Applications of Chaos Theory is the final session on the last day of the Magical Worlds Communications Workshop at Wizard Academy, America’s school for the imaginative, the courageous, and the ambitious. In that climactic session, the cognoscenti learn that a fractal image is merely the map of a chaotic system and that chaos, in science, is not randomness but rather precisely the opposite: a level of organization more complex than the human mind can follow. The cognoscenti then learn that fractal images are three-dimensional due to the repetitive nature of fractal self-similarity: a repetitive series of complex patterns that interlock to become a larger iteration of precisely that same pattern. In the simplest possible manifestation of this idea, a spiral is a series of spinning circles interlocked to become an increasingly larger series of spinning circles.

That’s when we begin to hear the voice of Solomon echoing through time and space as it has echoed for 3,000 years:

“What has been will be again,
what has been done will be done again;
there is nothing new under the sun.
Is there anything of which one can say,
‘Look! This is something new’?
It was here already, long ago;
it was here before our time.
No one remembers the former generations,
and even those yet to come
will not be remembered
by those who follow them.”
– Ecclesiastes, ch. 1

Another good Jewish boy, Brian Greene, is the theoretical physicist widely known for his ability to explain String Theory, reconciling quantum mechanics to general relativity and explaining the fundamental nature of time and space along the way.

“Among the many features of String Theory, the following three are perhaps the most important ones to keep firmly in mind.

First, gravity [general relativity theory – RHW] and quantum mechanics are part and parcel of how the universe works and therefore any purported unified theory must incorporate both. String theory accomplishes this.

Second, studies by physicists over the past century have revealed that there are other key ideas – many of which have been experimentally confirmed – that appear central to our understanding of the universe. These include the concepts of spin…”
– Brian Greene, The Elegant Universe, p.383

Wow. The spinning spiral must really be an essential law of nature if Brian Greene gives it first place on his short list of the laws of the universe.

Improvisation, innovation and imitation are just repetitive phases in the ever-expanding spiral of human improvement.

This leads us to the comic but profound paradox:
“The only thing permanent is change.”

* I define improvisation as “figuring it out as you go along,” or “making it up with your fingers crossed, hoping for the best.” Teddy Roosevelt spoke about improvisation when he gave his famous advice, “Do what you can, with what you have, where you are.” I define innovation as “any advancement that contributes to improved efficiency.” And then, of course, imitation is the adoption and codification of the new innovation so that its improved efficiency is utilized to maximum efficiency.