The Insightful Advice of David McInnis 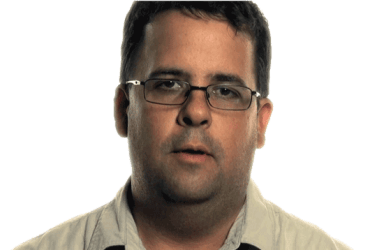 I’ve had a handful of memorable moments.

Among them is a meeting with Zig Ziglar in 1986. Zig stood at a whiteboard and smiled at the 20 of us staring back at him with big eyes. Zig had written several bestselling books and created America’s most popular sales training program. The 20 of us were neophyte managers, trembling with excitement at having been chosen to be in that room.

Marker in hand, Zig said, “Name for me every attribute of the perfect employee.”

As we called out attributes Zig wrote them down. We had nearly 90 on the board before we began to slow.

“Can you think of any others?” We painfully named two dozen more.

“Think hard. I want you to describe the perfect employee. I need every attribute.” We studied that whiteboard until we began to sweat. We got to 114.

Pointing now at the first word on our list, Zig asked, “Is this a skill or an attitude?” We said it was an attitude. Zig wrote a big “A” next to it. Pointing at the second word, he asked, “Skill or attitude?” Another big “A.”

Twenty minutes later, Zig tallied the final score: of the 114 attributes on our list, only 7 could be classified as “Skills.” Five were “Skills/Attitudes,” and a whopping 102 of them were purely “Attitude.”

Zig could have saved himself 30 minutes by just blurting out the punch line: “Employees don’t lose their jobs because they lack skill. They lose their jobs because they don’t have a good attitude.” But Zig didn’t want to say these things and then try to convince us of their truth. Zig wanted us to say them, and thus convince ourselves to “always hire people who have the right attitude.”

I sat there drenched in realization and recalled a few lines from Elbert Hubbard’s famous rant of 1899, A Message to Garcia.

“I know one man of really brilliant parts who has not the ability to manage a business of his own, and yet who is absolutely worthless to anyone else, because he carries with him constantly the insane suspicion that his employer is oppressing, or intending to oppress him… Tonight this man walks the streets looking for work, the wind whistling through his threadbare coat. No one who knows him dare employ him, for he is a regular fire-brand of discontent.”

Twenty-five years after that meeting with Zig Ziglar, I had a similar moment with the great David McInnis. “I finally figured out how to improve employee morale,” David said, “Productivity skyrockets and everyone loves coming to work. It’s a program that never fails. Works every time.”

I stood there looking at David.

He stood there looking at me.

Finally, I raised my shoulders and turned my palms upward. Looking steadily into my eyes, David said, “Fire all the unhappy people.” Those words struck me with such comical force that I began to laugh. But David wasn’t laughing.

And this is why so many businesses become country clubs for employees.

Here’s how it happens: a whiner makes a reasonable request and you grant it. That request is expanded upon and accelerated until it ceases to be a privilege granted to employees and becomes an inalienable right. And that was only the first request in an unending stream of others brought to you by an increasingly dissatisfied staff. And you, sadly, are now seen as the oppressive King George.

But this revolt is unlike that famous one of 1776. This time it will be King George that delivers the declaration of independence to the whiner.

David’s advice, and mine, is that you identify the “firebrand of discontent” within your company – if you have one – and give that person a smiling declaration of independence as you shake their hand, thank them for their months of service, and say, “You are now Free… free to go.”

It’s a plan that never fails.

One Response to The Insightful Advice of David McInnis