The Apathy of Leisure 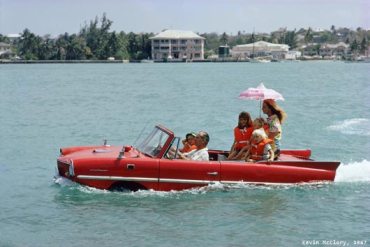 A person capable of creating is happiest when they are creating.

Artists create visual and auditory artifacts that affect our thoughts, moods and attitudes. Riddle-solvers perform feats of engineering and invention. Teachers create new understanding in the minds of their students. Entrepreneurs create businesses that offer us new and different experiences. Communicators create stories and speeches and ads.

Made in the image of God, humans are creators by nature. All humans.

Yes, that includes you.

The Success Myth of our culture is an evil one. We are told that “the freedom to do nothing” is the reward provided by great wealth. Have you spent much time among the idle rich? Sadly, I have, and on many occasions.

Boredom is a kind of death. Being angry, frightened or offended reminds you that you are alive. But these emotions are sad and fruitless substitutes for the joy that comes from creating.

Happy people value something much more than they value themselves. If there is nothing in your life that means more to you than you do, I fear you will be unhappy. No, that’s not right. I fear you are already unhappy.

Are you feeling lethargic? Apathetic? Bored? Aimless? Hopeless? Get off your ass and do something. It won’t be the outcome that brings you joy; it will be the effort. You’ve probably excused yourself from taking action in the past by saying, “but I’m not very good at it.” Friend, no one is ever “good at it” in the beginning. But anything worth doing is worth doing badly until you get better at it.

Find something that needs to change. It can be anything bigger than you. Fight for it, work for it, throw all your creative energies into it. You will soon be frustrated, angry, disappointed and tired.

I’m sorry if this offends you. I thought it might. But I care enough about you to say it anyway.

Doing the best I can.