On What Will You Shine Your Spotlight of Words? 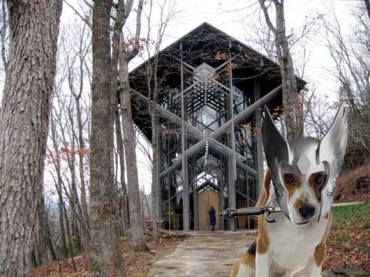 A radio commercial begins, “I’m Ronald Watersdown, and I’m here to tell you about a very important opportunity that I’m sure you won’t want to miss. It’s an incredible chance for you to…”

What did those twenty-nine words make you see in your mind?

Not much, right? But what about these?

“Owl was neither wise nor old. She was a teenage assassin whose large, dark eyes said she was sleepy or depressed or bored. I was never really sure which.”

You saw (1.) a momentary owl, then (2.) a young female assassin with half-shut eyes, then (3.) you considered the emotions she might be feeling and (4.) you wondered about the relationship between her and the narrator. All in just twenty-nine words.

But why is that, do you suppose? Why couldn’t a radio ad begin with twenty-nine words about a teenage assassin?

“Owl was neither wise nor old. She was a teenage assassin whose large, dark eyes said she was sleepy or depressed or bored. I was never really sure which. But her sister Procrastination was even harder to read. Procrastination… the passive assassin of Opportunity. Silently killing one day at a time… Don’t let Procrastination take what you love. Give yourself a new [name of item] today and feel on top of the world. Feel like you can fly. Feel like liquid Springtime. Procrastination says ‘wait.’ But what do you say?”

The absence of a real product disallowed the inclusion of specifics in that ad, so we can’t be sure it would bring in customers, but it would definitely hold the attention of listeners with a much tighter grip than the limp, wet hand of Ronald Watersdown.

“A great big, bright red…”
English is a language built backwards. We speakers-of-English string together a list of modifiers before naming the thing we modify. I so doing, we require our listeners to commit to memory those modifiers so they can later be applied to the thing we name. I’m told the Romantic languages have solved this problem with a more efficient sentence structure: “A rose, bright red and big.”

A good ad is a series of vivid mental images projected onto the movie screen of imagination. Here are a few tips for writing opening lines that will flash and crackle in the mind with the smell of burnt electricity:

1. Name something easily seen.
2. Modify it only after you have a named it.
3. Choose verbs that carry context. I said “flash… crackle… burnt electricity,” and you saw lightning even though I never used the word. You were engaged by the language, a willing participant in our co-creation of a vivid mental image.
4. Clarity first, creativity last. A few paragraphs ago I wrote, “We speakers of English…” My original line was, “We speakers of this inverted tongue…” but I decided that was a little too clever. “Inverted tongue” is visual, yes, but it’s also potentially confusing.

Words carry energy. What will you light with them?

Isaac Newton discovered that impact is mass times acceleration. How big is the idea in your mind? How quickly can you transfer it?