College Isn’t for Everyone 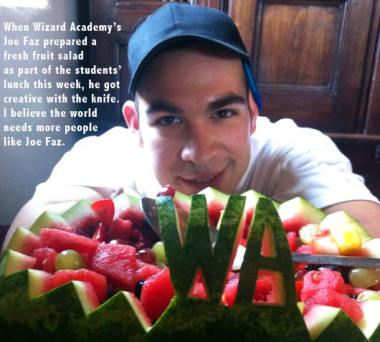 The smartest thing I ever did was drop out of college on the second day. What I wanted to learn, they couldn’t teach me, so I left to figure it out on my own. That was 37 years ago.

A number of years later I wrote a series of New York Times and Wall Street Journal bestselling business books and launched a school for grown-ups who are imaginative, courageous and ambitious. Wizard Academy teaches big things fast. Our students are leaving their fingerprints on the world and I am proud of them beyond belief.

College isn’t for everyone. It was definitely not for me.

If you have among your circle of friends a public school teacher who trusts you enough to speak to you “off the record” about what has happened to our school system, you owe it to America to have that conversation.

I predict you won’t be able to sleep that night.

None of the teachers to whom I’ve spoken wants to see their own children or grandchildren in public schools. These teachers aren’t afraid of drugs or violence. They’re afraid of an educational system that requires its teachers to wear the handcuffs of strict conformity and “teach to the test” in lockstep fashion so that the school district won’t be penalized. “Cram for the exam, learning be damned.”

Every lesson, every day, is simply test-prep for the all-important standardized test.

Standardized. As if every child is an identical blank slate, devoid of individual aptitudes or interests.

Have you ever heard of the Creativity Quotient (CQ)? It’s like the IQ except that it measures creativity rather than intelligence. All across America, our 2nd graders score higher on CQ tests than our high-schoolers.

Evidently, compliance and conformity come at a price.

Children starting school this year will retire in 2072. None of us has a clue what the world will look like just 5 years from now, yet we are tasked with educating children for the world they will face 20, 30, and 40 years in the future.

The result? CQ is 3 times more reliable as an indicator of career success than IQ.

1. Fluency. The total number of interpretable, meaningful, and relevant ideas generated in response to the stimulus.
2. Flexibility. The number of different categories of relevant responses.
3. Originality. The statistical rarity of the responses.
4. Elaboration. The amount of detail in the responses.

Professor Ken Robinson defines creativity as “the process of having original ideas that have value.” Creativity is messy and not easy to manage, so public schools don’t like to measure the CQ of their students or encourage creativity in any way.

I believe this needs to change. I believe it must.

Allow me to answer with the words of Margaret Mead:
“Never doubt that a small group of thoughtful, committed citizens can change the world; indeed, that is the only thing that ever has. ”