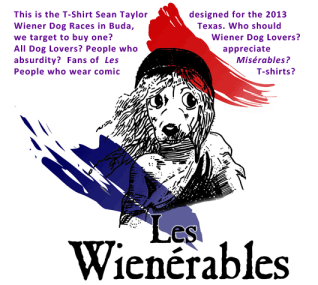 I’ve never seen a business fail due to “reaching the wrong people.” So why does every business owner instinctively believe that “reaching the right people” is the key to successful advertising?

Who, exactly, do you not want to know about you? Who isn’t qualified to repeat the good things they’ve heard about you? And when is the best time to advertise?

Solomon wrote about these things in the 11th chapter of Ecclesiastes:

“If you wait for perfect weather, you will never plant your seeds. If you are afraid that every cloud will bring rain, you will never harvest your crops… So begin planting early in the morning, and don’t stop working until evening. You don’t know what might make you rich. Maybe everything you do will be successful.”

Advertising is a seed that grows in the soil of the customer’s heart. If you will allow this metaphor, it would appear that Solomon advises, “Don’t overthink it. Just tell your story every day in every circumstance. You never know who might be listening.”

Matthew, Mark and Luke felt the following moment to be important enough to include in the books they wrote about Jesus. Here’s how Luke tells it:

“A large crowd came together. People came to Jesus from every town, and he told them this story: ‘A farmer went out to sow seed. While he was scattering the seed, some of it fell beside the road. People walked on the seed, and the birds ate it all. Other seed fell on rock. It began to grow but then died because it had no water. Some other seed fell among thorny weeds. This seed grew, but later the weeds stopped the plants from growing. The rest of the seed fell on good ground. This seed grew and made 100 times more grain.'” Jesus finished the story. Then he called out, ‘You people who hear me, listen!'”

Neither Solomon nor Jesus advised, “Target the good soil.” What do you think would have happened if Jesus had attended business school? Would they have convinced him to judge the value of each potential customer from statistical data, or would he have convinced his professors of the efficiency of untargeted message distribution?

Uh-oh. Here I am talking about planning again. When will I ever learn?

I know it’s counterintuitive, but if you look at all the offers from all the sellers of mass media and then accept the offer that allows you to reach the largest number of people each week, 52 weeks a year, for the fewest dollars per week, it’s hard to make a mistake.

An impressive, memorable message is what matters most. How you deliver that message – and who hears it – is far less important than you have been led to believe.

There are rare exceptions, of course. But not many.

I’m going to deliver a short-but-counterintuitive media buying tutorial during next week’s Wizard Academy workshop, Writing for Radio and the Internet (April 10-11.) The early bird registrants were given all the rooms in Engelbrecht House, but it’s worth sleeping in a hotel to be part of this class. Your lunches and dinners will be on campus with the rest of the group. The only time you’ll be alone is when you’re sleeping. And that’s not so bad, is it? Register now. Jump-up the size of your harvest in 2013.