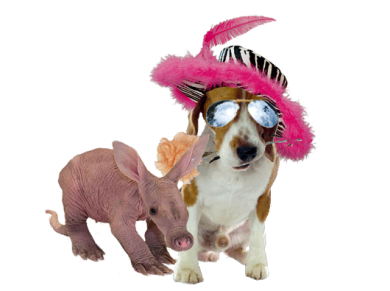 If I had any sense, if I had half the brains God gave an aardvark, I’d talk about politics or religion and fewer people would be annoyed.

But aardvarks look at me with pity because I’m foolish. My social filter is so misaligned that I’m going to share with you my thoughts about planning.

“Plan your work and work your plan.” These are the holy words of a belief system built on intuitive faith in an orderly universe.

I do not share that faith.
I do not believe that everything happens for a reason.

YOWZAH! Are you beginning to see how this simple thing called “planning” can trigger strongly-felt emotions?

Your thoughts about planning reflect your innermost beliefs about the workings of the universe. When you speak of planning, you unknowingly speak of religion and politics; you speak of how you believe the world works, and of the best way to fix it.

I believe there are only two kinds of planning:
(1.) Process planning.
(2.) Result planning.

A process plan is commonly known as “Plan A.” We give it that name when we’ve decided to abandon it because it isn’t working. Results are most often achieved through Plan B or C or D or K or Q or V.

Don’t let yourself be seduced by the promise of a miraculous process that leads to golden results. Yesterday’s perfect process becomes “the box” people are struggling to escape today.

Focus on the result, not the process.

The Wizard Academy campus is nearly complete and there was never a process plan. The only thing we ever planned was the result. Astoundingly, a multimillion-dollar campus was constructed through nonstop improvisation.

I don’t actually know how much money we’ve spent. I could easily look it up, of course, but I’ve never been sufficiently interested. There was never a schedule or a budget. “It will take as long as it takes and it will cost what it costs.”

There was usually just enough money in the bank to pay for the work we were doing that week. “We’ll find next week’s money next week.”

I apologize if you are horrified by these confessions. Your reaction is perfectly normal if you were raised in a nation that was once a colony of Britain. The machine mindset of the industrial revolution taught our society to overvalue conformity, repetition and process. Improvisation and innovation, those wild, flowering weeds, have been uprooted and cursed for 200 years.

Although Wizard Academy didn’t have a process plan,
we did have three unifying principles:

1. Build with cash. Never borrow money.
“When money slows down, slow construction down to the pace of the money coming in.”
2. Use whoever shows up.
One by one, hundreds of you came to me with ideas and suggestions during the past 12 years. My response never changed, “Great idea! You’re in charge of that.”
3. The students are the soul the school.
“Designs, furnishings and decor will be chosen to elevate the thoughts and attitudes of students and guests while they are here. The campus will whisper at every turn and touchpoint, ‘Anything is possible.'”

I didn’t come up with this idea of Result Planning on my own.

Life comes down to a few moments. One of those moments happened for me when I was 8 years old.

On October 27, 1966, Walt Disney described his vision for a 27,400 acre “Disney World” in Florida. Walt had purchased 43 square miles of land surrounded by a swamp. His dream was literally twice the size of the island of Manhattan. I watched Walt deliver his 24-minute tutorial in Result Planning when it aired during his weekly television show, The Wonderful World of Disney.

NARRATOR: The touchstone of Disneyland’s success has been its concern for people: a whole-hearted dedication to the happiness of the people who visit here. Today Disneyland has established standards of performance unsurpassed in all the world. Yet in the planning and building there were no standards to follow; whatever worked became the code. Whatever failed to meet the public need was changed, replaced by a better idea.

A couple of minutes later, surrounded by fabulous scale models, Walt Disney appeared and told me that the vision – the result, and its purpose – were the only things that had to be clear. The process, Walt said, must necessarily be one of ongoing improvisation.

WALT DISNEY: The sketches and plans you will see today are simply a starting point: our first, overall thinking about Disney World. Everything in this room may change time and time again as we move ahead, but the basic philosophy of what we’re planning for Disney World is going to remain very much as it is right now. We know what our goals are. We know what we hope to accomplish. And believe me, it’s the most exciting and challenging assignment we’ve ever tackled at Walt Disney Productions…

EPCOT will take its cue from the new ideas and new technologies that are now emerging from the creative centers of American industry. It will be a community of tomorrow that will never be completed, but will always be introducing, and testing, and demonstrating new materials and new systems. And EPCOT will always be a showcase to the world of the ingenuity and imagination of American free enterprise.

Ten days after filming this announcement, Walt learned that he had cancer and a very short time to live. On December 15, 1966, he died.

But the work of his life lives on.

The mind of Walt Disney spawned a colorful cast of unusual creatures; Mickey, Minnie, Donald, Goofy and Pluto are some of the heavyweights. Bambi and Thumper, Tinker Bell and Tiger Lily are a few of the middleweights. Sergeant Tibbs and Pongo, Scuttle and Sebastian are among the lightweights.

And then, of course, there’s a foolish 8 year-old boy who stares with big eyes at a black-and-white TV and calls himself The Wizard of Ads.