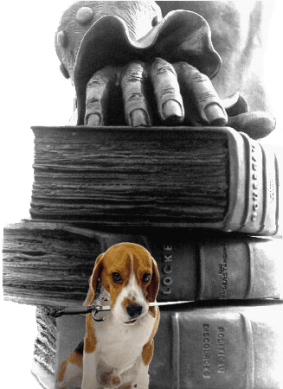 Been Read, Being Read, Will be Read

Jeff says I have a confirmation bias, a strong attraction to information that reinforces my convictions and helps me prove my point.

Does anyone really want their ad writer to be unbiased? The job of the ad writer is to:

1. discover a persuasive perspective, and
2. develop a distinctly memorable voice for the ad campaign, and
3. find supporting evidence that clearly demonstrates your company and your products to be the only intelligent choices in your category.

Yes, I have a confirmation bias. It makes me a living.

Ray Bard is a good friend and the publisher of most of my books, including the Wizard of Ads trilogy. So if Ray published a book and I thought it was crap, I’d love that book anyway. But that’s not what’s happening today. The ONE Thing says what I’ve tried to say for years, but haven’t been able to say nearly so clearly. This book will sharpen your focus, cut away your distractions, and zoom your ability to achieve the ONE thing at which you aim your heart. The ONE Thing is written from a powerfully persuasive perspective and includes a lot of interesting, supporting evidence. Do you have a dream? The first step toward making that dream come true is to read The ONE Thing.

Mark my words: The ONE Thing will leap onto the business bestseller list. Gary Keller with Jay Papasan. Bard Press.

A friend sent me a copy of Steal Like an Artist after reading my advice to “repurpose the proven.” (Better Than Creativity, the Monday Morning Memo for January 28, 2013) You’ll read Steal Like an Artist in about 30 minutes but it will forever change how you look at creativity. I hope to get the author, Austin Kleon, to Wizard Academy later this year. If you can afford both books, buy them both. I feel stronger and better for having read them. And I usually hate nonfiction. Maybe it’s just more proof of my confirmation bias, but even though I felt like I already knew what these books were telling me, they made me feel brightened and tightened. Confident. Hopeful. Bouncy. I believe they’ll make you feel the same way.

In Carlos Ruiz Zafón’s international bestseller, The Shadow of the Wind, Daniel Sempere is a boy whose father takes him to the Cemetery of Forgotten Books, a huge library of old and obscure titles. According to tradition, everyone initiated to this secret place is allowed to take one book from it, which he must then protect for life.

“This is a place of mystery, Daniel, a sanctuary. Every book, every volume you see here, has a soul. The soul of the person who wrote it and of those who read it and lived and dreamed with it. Every time a book changes hands, every time someone runs his eyes down its pages, its spirit grows and strengthens. This place was already ancient when my father brought me here for the first time, many years ago.”

I titled this memo “Voices of Books” because I am attracted to writers who craft a vivid voice. When I was 13, I was magnetically attracted to the poetic voice of Robert Frost. Spellbound, I marvelled at how he could say two things at once. On the surface of each of his poems, Frost would describe a moment that is common to us all. But below the surface, he was saying something profound and deep and eternal. This appreciation of Frost has never left me and I’m not alone. Robert Frost was awarded the Pulitzer Prize on 4 separate occasions.

J.D. Salinger wrote The Catcher in the Rye in the first-person voice of a disturbed teenager named Holden Caulfield. That voice is so convincing that you feel yourself drawn into Holden’s confused feelings and troubled thoughts. Salinger crafted a voice that rang so troubled and true that it has echoed within us for 62 years.

There has not been another voice as vivid as Holden Caulfield’s until now. Written as a series of letters by “Charlie” to an unknown and unnamed friend, The Perks of Being a Wallflower will trouble you, expand your senses, cast you deep into reverie and stop the hands of your clock. The book has sunk deep roots into the #1 position of the New York Times bestseller list. The Times has it listed as a book for young adults. This seems idiotic to me. It’s a book for anyone who was ever young.

The Perks of Being a Wallflower has already been made into a movie. But if ever you trusted me, a known and self-confessed ad writer, trust me now: don’t watch the movie until you’ve read the book.