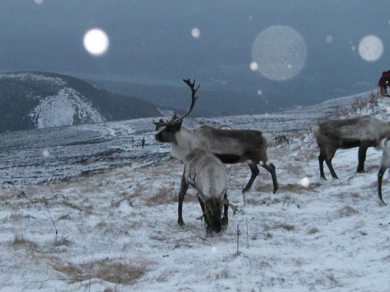 I think there should be something in science called the ‘reindeer effect.’ I don’t know what it would be, but I think it’d be good to hear someone say, ‘Gentlemen, what we have here is a terrifying example of the reindeer effect.’
– Jack Handey

1. We find purpose and see value in the work of our hands.
2. We see a reflection of ourselves in the things we create.

The Ikea Effect was named for that highly successful, international retailer known for selling flat-pack furniture that must be tediously assembled by the purchaser. Persons who assemble this furniture tend to place a much higher value on the finished product than persons who had no involvement in its construction.

The authorship of virtually every book in the Bible is debated by scholars. I don’t want to put my dog in that fight, so let me say for the record that I choose to believe Solomon wrote the book of Ecclesiastes toward the end of his life approximately 3,000 years ago. Solomon enjoyed the freedom to follow his passions and pursue his dreams. Ecclesiastes is his diary of that journey. In it, Solomon shares what he learned on that fateful day he found the final answer. Here’s an often-quoted passage from chapter 3:

What do workers gain from their toil? I have seen the burden God has laid on the human race. He has made everything beautiful in its time. He has also set eternity in the human heart; yet no one can fathom what God has done from beginning to end. I know that there is nothing better for people than to be happy and to do good while they live. That each of them may eat and drink, and find satisfaction in all their toil — this is the gift of God.

That last bit is usually left out when people put this quote on posters and calendars and greeting cards. Solomon’s assertion that the true secret of happiness is to find satisfaction in our toil – our efforts – the work of our hands – is just too plebeian an answer for ambitious people who are driven to succeed.

But the Ikea Effect – and the Harvard Business Review – seem to confirm Solomon’s assertion. Even so, most of us will continue to overvalue that glimmering destination on the horizon – “Success” – never quite realizing that any value it has in the end will be produced by memories of the journey that took us there.

Now let’s think for a moment about this idea that we love things because we put energy into them. When a thing becomes the object of concentrated hope and focused effort, when we inject it with our own life-force and energy, it becomes very precious to us. Actions trigger feelings.

When I was a very young man, Phil Johnson, a wise-ard,  told Pennie and I that if we ever felt we were “falling out of love,” to just start doing the things we would do for each other – to start taking the actions we would take – if we were passionately, madly in love. Feelings follow actions.

Phil was about 65 back then and that was 30 years ago. We plan to visit Phil and Barbara when we travel back to Oklahoma in a few months.

I mentioned Ray Bard last week. I said he was one of the people who speaks into my life. He doesn’t mean to. In fact, he’s not even aware that he’s doing it. Phil Johnson is another of those people for me. Don Kuhl is another. I hope you have people, too. People who make intelligent and useful comments. People who open your eyes to things you need to know. People who speak into your life.

Open your ears to wisdom.
Enjoy the work of your hands.
Fling yourself headlong into things.

That’s how love is born.