A Sure-Fire Cure for the Blues 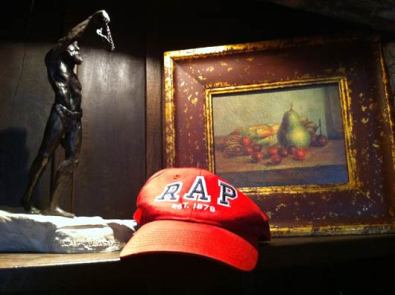 You go home and sit. The clock ticks.

You realize the clock is going to win.

Consider with me the word aimless. It refers to a thing that has not been aimed. This would seem to indicate that it might be aimed, can be aimed, should be aimed.

Is an aimless person one who is not being aimed?

Now consider the word pointless.
It refers to a thing that has no point.
Physically, such a thing would be dull.
Sort of how I’m feeling right now.

The opposite of pointless and aimless would be “sharply pointed and directly aimed.” Do you see in those words an arrow aimed at a target by an archer? There is no dullness in that picture. Notice the fingers on the string, the hand pulled to the cheek, the sweating bicep, the zeroed eye. It requires energy to aim an arrow.

But at what shall we aim?

Good news: It really doesn’t matter since any nearby target can be hit.

The sure-fire cure for the blues is to aim pointed energy at something. The object of your aim is of no importance. All that matters is that you can physically see that your target was hit.

I will now stand up and clean my office. I don’t relish the idea. I’m really not in the mood. So who is going to make me do this?

Okay, it’s 8:31AM. I’m not done but I made a lot of progess. I found my favorite, dark red baseball cap under a pile of stuff. Martin Rapaport gave this cap to me. I quit wearing it last summer when it got sweat-stained and salty dust collected where the crown meets the brim. Not a good look. I spent 25 minutes hand-scrubbing the cap. When it dries I’ll see if it’s wearable again.

My office remains a mess but I feel great.

Surefire Cure for the Blues: Aim pointed energy at a nearby target. Fix something broken. Create a visible change. Make a difference.

Want to kick it to an even higher gear? Aim your attention away from yourself. Do a good thing for someone else. Good feelings follow good actions.

Someone a long time ago said that it makes us happier to give than to receive. Give it a shot. See if it’s true.

It worked for me.

One Response to A Sure-Fire Cure for the Blues