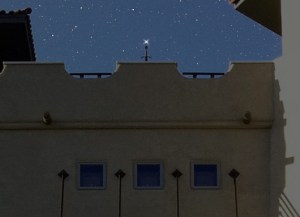 (with a Quartet of Celts)

Wizard Academy exists to educate, equip and encourage small business owners, little people with dreams who face giant corporations with big bank accounts. Like the windmills of Quixote, these giants are often unaware and unfeeling of their challengers.

Don Quixote was an average man, distinguished only by his beautiful dream. He called this creation of his mind, “My lady, Dulcinea.” She was his Helen of Troy, the Galatea of his Pygmalion, the perfect girl-next-door. All that Quixote accomplished, everything he endured was in Dulcinea’s name and for her honor. (She was his Jungian anima; that perfect woman who exists in the mind of every man. Likwise, the animus is Jung’s name for the “real man” that exists in the mind of every woman.)

Quixote’s Dulcinea was, in reality, a common village girl named Aldonza Lorenzo and she was completely unaware that Quixote existed. But no matter. A dream is a dream.

Small business people are driven by beautiful dreams of common things: a better school for the kids, a house in a nicer neighborhood, a car, a boat, travel to exotic places filled with natives who, strangely, are also dreaming of escape. But no matter. A dream is a dream.

Quixote lived in a world populated by characters and monsters of his own making. So do we all.

An immortal comic strip featuring an adventurous 6-year old boy with a toy tiger and a boundless imagination: Calvin is Quixote and Hobbes, the tiger, is Sancho Panza. In one of my favorite episodes, Calvin says,

“C’mon, let’s go try to find a big poisonous snake!”
Hobbes asks, “What will we do if we see one?”
Calvin replies, “Are you kidding? We’ll scare ourselves silly and  run around in circles, screaming like a bunch of loons!”
Hobbes sighs, “I look forward to when we’re old enough to get our morning jolt from coffee.”
Peering through the grass,  Calvin replies, “Ahh, I’ll bet that wears off quicker.”

Are any of us older than 6?

I am, by career choice, an ad man, and storytelling is at the heart of good advertising. Did you know that every literary device, every storytelling tool ever crafted, made its debut in 1605 in Miguel de Cervantes’ Don Quixote de La Mancha, the first novel ever written?

It is impossible for a storyteller to detach himself completely from Quixote. But this mythical man who jousted with windmills is not the only icon of our little school.

Wizard Academy takes its name from a group of guys we meet in the second chapter of Matthew, the first book in the Christian new testament. These “wise-ards” see a star in the sky, attach special significance to it, and set off in the darkness to discover where it might lead them. Remember that star in the darkness as you consider these lyrics written by Joe Darion for the wildly successful Broadway musical, Man of La Mancha:

To dream the impossible dream,
to fight the unbeatable foe,
to bear with unbearable sorrow,
to run where the brave dare not go.

To right the unrightable wrong,
to love pure and chaste from afar,
to try when your arms are too weary,
to reach the unreachable star.

This is my quest,
to follow that star –
- no matter how hopeless,
no matter how far.
To fight for the right
without question or pause,
to be willing to march into hell
for a  heavenly cause.

And I know if I’ll only be true
to this  glorious quest
that my heart will be peaceful and calm
when I’m laid to my rest.

And the world will be better for this:
that one man scorned and covered with scars
still strove with his last ounce of courage
to reach the unreachable stars!

“If your life’s work can be accomplished in your lifetime,
you’re not thinking big enough.” – Wes Jackson

The rotation of the earth causes every star to move slowly across the sky at night except for one lonely star that sits above the North Pole and another that sits above the South. Perfectly aligned with the earth’s extended axis, Polaris and the Southern Cross remain forever fixed, motionless and constant, guiding lights to all the world.

Stand on the Laughlin stone* after dark at Wizard Academy and mark the hilt of the sword that rises from the top of the tower. That point of light at the hilt’s crown is Polaris. You and I call it the North Star but Quixote would call it Dulcinea, an impossible dream around which the whole world revolves.

Mike Metzger once told me that we meet the same 4 people again and again on the ocean of life.

“Drifters just go with the flow,” he said, “pushed this way and that by the wind and waves of circumstances. They look around and say, ‘Whatever. It’s all good.’ Surfers ride the waves, always looking for the next big thing. Drowners stay in the center of a storm. Rescue them and they’ll find another crisis and cry, ‘Help me, save me, I don’t know what I’m going to do.’ But Sailors counteract the winds and waves of circumstance by rigging sails and twisting rudders. But the sailor cannot navigate without an immovable object, a fixed point, a non-negotiable that is unaffected by circumstances. Without this guiding light there is nothing for us on life’s ocean but to drift, surf, or drown.”

I don’t want to speak harshly or be overly dramatic, but if you have nothing for which you would be willing to suffer, you have little for which to live.

Each of us needs a beautiful dream, a guiding light, an unreachable star.

May Dulcinea shine forever
in the hearts and minds of all mankind.

And I pray that your own dream will shine so consumingly bright
that you cannot look away.

PS – As Princess Pennie was proofreading this memo, she nodded her head and said, “Dead men don’t dream.” Four words, filled with import.

Oh, yes. The Quartet of Celts:
*Laughlin is a Gaelic name, Loch ‘lake’, + lann ‘land,’ meaning a person who comes from the land of waters, a Viking. Scandinavian sailors who settled in Scotland and Ireland were known as Lochlann people)

The Laughlin stone will soon be positioned in the BecauseWay that leads to the tower at Wizard Academy. It is named after Calvin Laughlin, son of Roy Laughlin, a California friend of the academy for many years. The handmade sword that rises from the top of the tower was forged by my Canadian partner, Steve Rae, another Scotsman descended from Vikings. The massive iron door that leads from the Becauseway into the art gallery of the tower was provided by Tom McDowell, a Scotsman born in Glasgow. Weirdly, a fourth Scotsman, Kyle Caldwell of Atlanta, has volunteered to be responsible for the installation of the Laughlin stone. These men have never met. And none of them knew that each of the others was of Celtic extraction. Yet for some bizarre, inexplicable reason, these descendants of Vikings were attracted to our story of sailing across vast waters guided only by a star. When the Laughlin stone is finally mounted I will arrange for them to meet. You can be there, too, if you’d like. It will be fun. – RHW