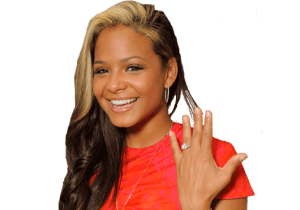 The Miraculous Disappearance of Black-and-White

Most of the choices we make have effects we did not anticipate. This is due to the Law of Unintended Consequences.

“Economists and other social scientists have heeded its power for centuries; for just as long, politicians and popular opinion have largely ignored it.”
– Rob Norton, author of The Concise Encyclopedia of Economics

Here’s an example of politicians ignoring it: The Chinese government introduced the one-child policy in 1978 as a measure to curb China’s population growth. Thirty-four years later,

“The policy has been implicated in an increase in forced abortions, female infanticide, and underreporting of female births, and has been suggested as a possible cause behind China’s gender imbalance.”- Wikipedia

Limited to just one child, many families opted for a boy because men have always had more power in Chinese society.

The unintended consequence of the one-child policy is that marriageable young Chinese women are in extremely short supply. According to the Chinese Academy of Sciences, unmarried men between 20 and 44 already outnumber their female counterparts 2 to 1.* This gives young Chinese women amazing power.

Score one for poetic justice.

All this seems perfectly reasonable in hindsight, but did anyone see it coming 34 years ago?

Before you wag your finger at those Chinese parents, consider what American parents were saying to their daughters during those same years,

“Why dream of being a nurse when you can become a doctor? Don’t be a secretary, become a CEO. Make something of your life! You can always get married AFTER you’ve established your career.”

Thus warned against becoming that ultimate of losers – a stay at home Mom – American girls grew up and became “successful” by foregoing the creation of a family.

And what did we tell our boys?

“If you don’t go to college, you doom yourself to be a loser, son; a common, blue-collar laborer who gets no respect, no admiration, no love. Please, son, go to college. Don’t be a loser.”

Thirty-four years later we have millions of college-educated, unmarried men and women returning to live in their childhood bedrooms at Mom’s and Dad’s house because they can’t support themselves, much less pay off the tens of thousands of dollars they owe in student loans. There are plenty of good-paying jobs out there, but most of them require a technical skill; something not taught in college.

The Unintended Consequences of the advice America gave its children is that the American subgroup Bill O’Reilly likes to call “Traditional America” (code for “white,”) no longer controls the outcome of elections. Ironically, it is the subgroups who continue to value motherhood and skilled labor that have become the deciders of America’s future.

And I, for one, have no problem with that.

America has a surplus of young adults empowered with pointless educations and staggering student loans. For now, at least, it would appear the spotlight belongs to men and women who are skilled in a trade, who take pride in the work of their hands; chefs and carpenters, plumbers and electricians, mechanics and technicians and jewelers who can set a diamond in gold.

The American Success Myth of the 20th Century taught us to buy things we didn’t need with money we didn’t have to impress people we didn’t like. We were taught, “Whoever dies with the most toys wins.”

So we chased happiness with dollars in our hands and it fled from us faster than we could run. Exhausted, we sat down and learned the truth:

“The key to happiness is an ability to celebrate the ordinary.”

Having been born into a 1958 America that was strictly black and white, I will finish my days in a full-color nation.

And what, I ask you, is so terribly wrong with that?