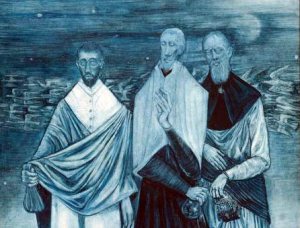 A wise man sees both sides of a matter. The fool sees only one.

The origin of the word “wizard” is wise-ard. It means wise man. Nothing more.

The wise-ards of the Christmas Story followed a star, had an adventure, made a discovery and leaped onto the pages of history. What did they talk about along the way? Who did the cooking? What pressing issues did they leave unattended back home? What did they do with the rest of their lives? Where, when, and how did each of them die?

We know only that they followed a star everyone else was content to ignore; that they were nonconformists with strange beliefs who had the courage of their convictions.

They took action. They left home and found the thing they sought.

How about you? Will you run with the big dogs or sit on the porch and bark at the postman? Talk is cheap, the buzzing of flies.

I didn’t say that to hurt your feelings. I said it because I love you.

What are you trying to accomplish?
How will you measure progress-to-goal?
Do you know what needs to happen next?
Which star do you follow?

When you’re in the darkness of the forest – the belly of the whale – look around for the wise-ard who will help you complete your journey. The wise man in the woods exists only to assist the hero on his or her adventure.

21st century wise-men-in-the-woods become faculty at Wizard Academy. Putting you together with them is why we built this place.

Wizard Academy is America’s small business institute, a training facility and think-tank for open-minded and courageous business people from around the world. The star you follow is entirely up to you. We simply prepare you for your journey, tell you what to expect on the road ahead, and celebrate your success when you find what you seek.

Two or three days at the academy is an informative experience for some, transformative for others.

I’ve rambled enough for one day. I thank you for your kind attention.

As I bow at the waist and back slowly off the page, I pass along these carefully crafted words from heroes who carved their names deeply in the tree of life.

“Life should not be a journey to the grave with the intention of arriving safely in a pretty and well preserved body, but rather to skid in broadside in a cloud of smoke, thoroughly used up, totally worn out, and loudly proclaiming ‘Wow! What a Ride!'”
– Hunter S. Thompson

“If your life’s work can be accomplished in your lifetime, you’re not thinking big enough.”
– Wes Jackson

Never forget that failure is temporary, a moment quickly forgotten.

Damn the torpedoes.
Full speed ahead.