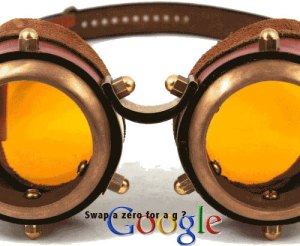 Everyone wants to make the same three things,” the Princess said, “money, a name, and a difference. But our actions are dictated by the one we want most.”

You can make a name for yourself – become famous – or you can make a lot of money in complete obscurity. Either way, people will consider you a success. But famous people with piles of money seem always to be haunted by the need to make a difference, don’t they?

Getting is more fun than having.

Building is more fun than maintaining.

Significance is achieved by caring and doing.

Caring without doing is the mark of frightened, tentative, whiners. That’s right; small people complain. But big people don’t whine. They swing the hammer, bang the problem, sing a song and alter the world.

In other words, shut up and do something.

Our world is full of people who have achieved success without significance. Edwin Arlington Robinson wrote about these people 115 years ago:

Whenever Richard Cory went down town,
We people on the pavement looked at him:
He was a gentleman from sole to crown,
Clean favored,* and imperially slim.

And he was rich – yes, richer than a king –
And admirably schooled in every grace:
In short, he was everything
To make us wish we were in his place.

So on we worked, and waited for the light,
And went without the meat, and cursed the bread;
And Richard Cory, one calm summer night,
Went home and put a bullet through his head.

The day is young. There’s still plenty of time to make a difference.

Someone should have told Richard.
Roy H. Williams
* good-looking

PS – America doesn’t have an employment problem, it has an education problem: we’re teaching students how to do things that no one needs done.

Hey, kids! Would you like the freedom to be able to move to any city in America with complete confidence that you’ll immediately be able to find a job making $70,000 to $100,000 a year? Become a plumber or an HVAC technician. People clap and cheer when these people show up because they always make a difference. Broken things get fixed. BAM!

One Response to Success and Significance