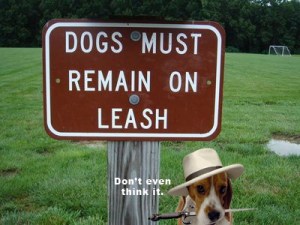 How Much Are They Holding You Back?

The pervasive fantasy in business today is that you can tweak your way to success. Tweakers believe you need only “monitor your metrics” to ratchet your way to the top of the mountain. “Hold your position, then make a tiny change and click up to the next level.” Tweakers find comfort in numbers, decimal points, percentages and line graphs.

Don’t get me wrong, I do believe in monitoring. You cannot improve what you do not measure. But you won’t see big differences in that line graph until you make some meaningful changes.

There are no quiet revolutions.

In 1979, Sony put lightweight headphones on a tightly-compacted cassette tape player to create the ‘Walkman,’ a worldwide hit that allowed you to take your music with you when you went walking, shopping or jogging. Sony retained a 50% market share in the U.S. for more than a decade even though their Walkman cost at least $20 more than its numerous rivals.

So why didn’t Sony invent the iPod?

Sony fell into the trap of scientific, incremental change; an eternal series of tiny improvements in the hope of making an increasingly better Walkman; a process known in Japan as “kaizen.”

30-SECOND HISTORY LESSON: To help restore Japan in the aftermath of WWII, America provided experts to assist the rebuilding of Japanese industry. A Management Training Program was developed and taught by Homer Sarasohn and Charles Protzman in 1949-50. Sarasohn later recommended W. Edwards Deming to provide further training in Statistical Methods. And thus, Japanese “kaizen” was born. Sony introduced a courageous product and it made them hugely successful.

And then Sony began playing it safe.

Your friends, family, staff, and customers – all the people who care about you – want you to be safe. And the safest thing you can do, they believe, is to conform to the accepted norm. This is why they will always “express their concern” when they see you stray from the straight and narrow path.

But isn’t “playing it safe” in business the least safe thing you can do? Sony methodically kept improving the Walkman long after they should have replaced it with an entirely new concept.

Big Success is rare because it requires audacity and courage.

What do you think?