Why It’s Dangerous To Give Advice 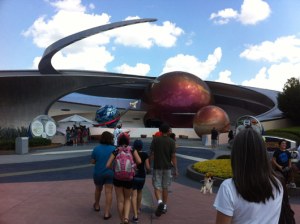 I am, by profession, a communications consultant. I craft strategies, write ads and buy media. My clients ask for my advice. They even pay me for it.

Advice is dangerous to give.

Advice is always dangerous because a person only needs it when:

1. they’re making decisions based on incorrect assumptions.
2. they made a mistake that triggered unhappy repercussions.
3. they’re looking at a situation from an unproductive angle.

Jeffrey’s experiences in life have been different from my own. Jeff has traveled more extensively, speaks multiple languages, has a different religious background, a different political bent and his education has been completely unlike anything I have experienced.

Weirdly, we get along extremely well. This is possible only because I know Jeff likes me and respects me and he knows I feel the same about him.

Educational bias is what happens when native intellect encounters new information. How smart are you? How extensive and reliable is the information to which you’ve been exposed? How well do you assimilate knowledge into your actions? These things form the basis of your educational bias. There are things you know a lot about and other things you know very little about.

Cultural bias is formed by the persons with whom you interact. Your inherent beliefs are shaped – to some degree – by the nations, the communities and the families in which you have lived.

Religious bias originates with your beliefs about God. Is there a supreme being or is there not? And if such a being exists, what is his attitude toward us? Your religious bias is the foundation of your beliefs about how the world works. Do we live in an organized Newtonian universe of cause-and-effect or do we live in a mystery-and-awe universe of Heisenberg’s uncertainty principle? When a person says, “That’s the way things are because, well, that’s just how they are,” their religious bias is talking.

1. When your friend or client is making a decision based on
incorrect assumptions, such assumptions are usually based on:
(A.) a popular myth, such as, “People remember more of what they see than what they hear,” or
(B.) outright misinformation, such as, “Saddam Hussein is stockpiling weapons of mass destruction.”
When you challenge the reliability of a false assumption, you are:
(A.) telling your friend that he or she has been misled. You are exposing their educational bias, questioning their intellect and gently calling them naïve. How do you suppose this will make them feel?
(B.) suggesting that their teacher was either a liar or a fool. In this case, your advice will be dangerous to precisely the degree they loved and respected that teacher.

2. When your friend or client has made a mistake that triggered unhappy repercussions, you can be certain they are feeling some pain. Their educational bias is on display for the world to see and surmise, “They didn’t know what they were doing.” Your friend will either be embarrassed and sensitive or angry and defiant, “I wasn’t wrong. Everyone else was wrong.” Either way, you must choose your words carefully.

3. When your friend or client is looking at a situation from an unproductive angle, your advice is going to challenge their worldview, their belief system, their interpretation of their own past experiences. Be careful or your advice will make them feel like you’re saying their whole life was built upon a mistake up until now. An unproductive angle of view is usually the result of a cultural bias or a religious bias and both go all the way to the bone.

Even when you are asked for advice, be very careful. Your relationship with this person will be significantly altered by what you are about to say.

And yes, I realize I’ve been giving you unsolicited advice for about 5 minutes now. I took this chance because advice that’s distributed widely doesn’t carry the same accusatory impact as advice that’s delivered one-on-one.

And I took the chance because I like you and I respect you and I think you know this.