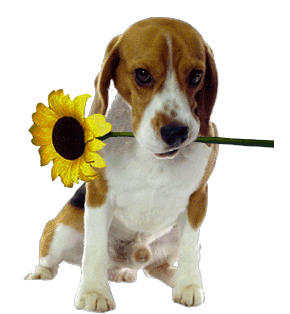 Every “Me” cycle in society begins with:

1. a beautiful dream of freedom from restraint
2. a hunger for self-expression
3. a search for individuality

Our last “Me” cycle began in 1963 and reached its zenith in 1983 when freedom from restraint had evolved into conspicuous consumption and individuality was being “self-expressed” through costumes, big hair, disco and phony poses.

The upside of a “Me” zenith is optimistic entrepreneurialism and national pride. Of course Peter Ueberroth was able to raise 215 million dollars more than was needed to host the 1984 Summer Olympics in Los Angeles. Of course it was the grandest spectacle the world had ever seen. Of course it was. And our movie-star handsome, wavy-haired President is about to stand at the Brandenburg Gate on worldwide television and command the leader of the world’s other superpower to “Tear down this wall!” as though he’s telling a naughty child to clean his room.

We tend to overdose on everything, don’t we? “If a little ‘Me’ pride is good, a lot is better.” The slow deflation of the over-pumped “Me” was known as Gen-X (1983-2003,) but Generation-X was never about birth cohorts. A generation is about life cohorts. Emergent values will be embraced first by the youth and this causes people to mistakenly believe those birth-cohort myths about “Baby Boomers, Gen-Xers and Millennials.” But our attitudes aren’t a reflection of when we were born; they’re a reflection of the times in which we live.

Ultimately, we’re all in this generation together, regardless of when we were born or how soon after the tipping point we embrace the new values, outlook, and perspective.

A “Me” is about vertical hierarchy, “Who is on top?”
A “We” is about horizontal connectedness, “To what am I committed?”
And we move as a group between these perspectives in a predictable swing of society’s pendulum that takes precisely 40 years to travel between zeniths.

The bottom of the pendulum’s arc is the tipping point. 1963 began the “Me” that reached it’s zenith in 1983 and then declined back to a new tipping point twenty years later.

1. a beautiful dream of working together for the common good
2. a hunger for acceptance as a member of a team
3. a search for significance

We’re approaching the halfway point (2013) in the 20-year upswing of a “We” that will zenith in 2023. If the recurrent and undeniable patterns of the past 3,000 years can be trusted, we’re about to enter a very dangerous time.

The upside of a “We” zenith is that the prevailing attitude is “I’m OK – You’re Not OK.” This can manifest itself as genuine concern for others, “Things are good for me right now, but not so good for you. How can I help?” Volunteerism zeniths in a “We” as teamwork and significance are celebrated as supreme virtues.

The downside of a “We” zenith is that “working together for the common good” often escalates into a self-righteous gang mentality. “I’m OK – You’re Not OK” can also be translated as, “I am correct and good. You are incorrect and evil.”

What can be done?

Tune in tomorrow (Sept. 18) for a live, 1-hour webcast hosted by yours truly at 11am Central Texas Time. No money. Just an hour of your time. We’ll look at some real-world, right-now examples of the upswing of the “We.”

The book will be released October 2nd.