Growing Up In Oklahoma 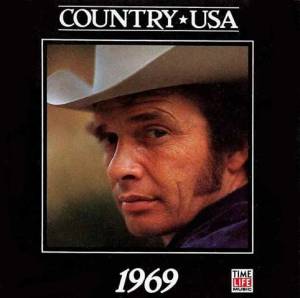 A 30-Year Examination of Money and Jews

“Attention, Wal-Mart shoppers,” is a phrase I heard a lot as a kid.

My school career began at Hilldale elementary in Muskogee, Oklahoma. Having been absent from that fair city since 1973, I Googled Muskogee to see what had changed in 39 years. As it turns out, not much.

The person(s) who wrote the Wikipedia entry for this haven of my childhood wanted to make sure we knew the following 3 things about Muskogee. These are direct quotes:

Muskogee was commemorated in the 1969 Merle Haggard song “Okie from Muskogee”.

The Jerry Jeff Walker song “Up Against the Wall Redneck Mother” is a satire of small-town life playfully aimed at Muskogee, which is made evident in the last line of the song: “Muskogee, Oklahoma, U.S.A.”

In the sitcom Friends, Chandler becomes excited when he hears a mention of Muskogee, saying that it’s “only four hours from Tulsa,” where he resides. In reality, Muskogee is less than an hour from Tulsa.

(That the writer felt the need to correct Chandler and point out Muskogee is “less than an hour” from Tulsa makes me smile. If Oklahoma were Los Angeles, Tulsa would be Beverly Hills.)

Oklahoma became a state just 51 years before I was born. As a kid, I knew a lot of adults who grew up in the region when it was still officially “Indian Territory.”

The Oklahomans of my childhood were mostly mixed-breed mutts. I say this lovingly. I grew up knowing nothing of ethnicities. I never knew anyone who could call themselves Mexican, Polish, Irish, German, Italian or anything else. Heck, we didn’t even have Catholics.

Jews were as rare as Chinese, existing only in newspapers and books.

The first “foreigner” I ever met was a Jewish man from New York who did me an extraordinary kindness. The encounter made such an impression on me that I’ve been predisposed toward Jews ever since.

Here are a few things
I’ve learned about Jewish culture over the years:

(Doubtless some of my Jewish friends will take issue and feel compelled to correct me on some point or other but that’s perfectly normal. An Israeli friend, Dror Yehuda, warned me many years ago, “Six Jews, ten opinions.”)

1. A solution that is not sustainable is probably unwise. The best solutions are always self-sustaining. Knowledge of this deeply embedded cultural belief helps one to understand the 8 Levels of Charity known to every Jew. The lowest levels of charity are those where you hand someone money and walk away. Jewish thought asks, “What is the problem that causes them to need this money? If I truly care, I should help to solve the underlying problem.” Feeding endless amounts of money into a broken situation is unsustainable. Consequently, the highest of the 8 Levels is to help a person start a business that will give them an income on an ongoing basis and provide jobs for others as well. This is true love. Another form of Jewish love-in-action is to give a person a job. These solutions are considered superior because they solve the problem in a sustainable manner. Although no Jewish person has ever said so to me, I get the sense that Jews feel it’s a little bit tacky to just give a person cash and then walk away.

2. It is the responsibility of every Jew to make the world better. “What am I doing that makes a difference?” is the ever-present question in the mind of an orthodox Jew. This is probably why Jews are exactly 100 times more likely to win a Nobel Prize than other ethnicities. This is true. Slightly more than 20 percent of all Nobel Prizes have been awarded to Jewish people even though they comprise only 2 tenths of 1 percent of the world’s population. Does it surprise you that every time I’ve ever pointed this out, someone within earshot has immediately said, “Well, it’s the Jews who decide who wins the Nobel Prize, that’s why.” For the record, the Nobel Prize committee is Swedish, not Jewish, and Sweden’s Jewish population is precisely the same 2 tenths of 1 percent as the rest of the world. I did the research.

Think about it. If your culture taught you from birth (A.) to always be thinking about how to make the world better and (B.) that the highest form of love is to create sustainable businesses that create jobs for the community, is it any wonder these people have become unusually successful?

Roy H. Williams
PS – Thank you for letting me share my observations with you today. I really needed to say those things.

FINAL THOUGHT – Why is it that we always point out the Jewishness of a person when they’ve done something shameful? “Jewish financier, Bernie Madoff…” Why do we never point out the religious background of other malefactors? “Methodist bankrobber, Harold McKinnon…” “Episcopalian slumlord, Salamander Adams…” “Baptist embezzler, Leonard Wilkins…”

One Response to Growing Up In Oklahoma