The Myth of Multi-tasking 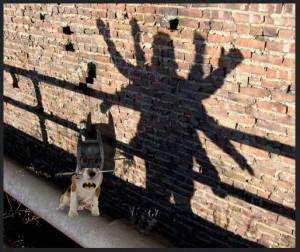 Joe Kraus was co-founder of excite.com in 1993. Today he’s a partner at Google Ventures, an angel investor at LinkedIn and on the board of the Electronic Frontier Foundation. Kraus says we live in a culture of distraction. Prior to the availability of smartphones, we accessed the internet an average of 5 times a day. Now the average is 27 times a day. Kraus is worried about this:

“The effect of all of this [connectivity] is that we’re increasingly distracted. The funny part about distraction is that it’s a worsening condition. The more distracted we are, the more distractible we become.”

“Some people call switching our attention from one thing to another ‘multi-tasking’ like we’re a computer with dual cores running two simultaneous processes. Except we’re not. Numerous brain studies have shown that what we call ‘multi-tasking’ in humans is not multi-tasking at all. Your brain is merely switching its attention back and forth between two tasks.”

“Those studies have shown that we’re dumber when we do this, an average of 10 IQ points dumber. That’s twice as much as smoking a joint dumber. And we’re also 40% less efficient at whatever it is we’re doing.”

“When you practice distraction, which is what multi-tasking really is, you’re training your brain to pay attention to distracting things. The more you train your brain to pay attention to distractions, the more you get distracted and the less able you are to focus even for brief periods of time on the two or three things you were trying to get done in your ‘multi-tasking’ in the first place. How’s that for self-defeating?”

Joe Kraus is probably familiar with Mihaly Csikszentmihalyi, the University of Chicago professor who said, “Humans cannot really successfully multitask, but can rather move attention rapidly from one task to the other in quick succession, which only makes us feel as if we were actually doing things simultaneously.” (The cognoscenti will recall this statement as part of the Magical Worlds Communications Workshop.)

Here’s what our Culture of Distraction means to marketers:

1. Getting attention is one thing. Holding it is another.
2. The volume of information gushing toward your customer is like a fire hose aimed at a teacup.
3. Advertising must embrace a Big Idea or it will be ignored.
4. Attention can be held only by moving rapidly from Big Idea to Big Idea to Big Idea.
5. Never in history have we crammed bigger thoughts into fewer words.

I opened last week’s memo by giving you Five Big Ideas jammed into just 39 words; think of these as a 15-second radio ad:

Mediocrity comes from the perfect
implementation of traditional wisdom.
The person who achieves spectacular failure
has at least attempted something bold.
Failure is a temporary condition.
Success is likewise temporary.
Life, itself, is temporary.
So quit hesitating.
Do something.
Big Ideas don’t arise from normalcy. Big Ideas are products of audacity. The unmitigated gall of a Big Idea requires that you be a bit of an outsider or you will never walk the path where it can be found.

That most Brit of all Britons, the great David Ogilvy, put it this way:

“The beginning of greatness is to be different. And the beginning of failure is to be orthodox. Big ideas come from the unconscious. This is true in art, in science, and in advertising. But your unconscious has to be well informed, or your idea will be irrelevant. Stuff your conscious mind with information, then unhook your rational thought process.”

“Stuff your conscious mind with information, then Unhook your rational thought process.” Anyone who has been here will recognize that Ogilvy was describing Wizard Academy. This is that Island of Outsiders where your mind is stuffed and stimulated throughout the day with information and perspectives far beyond your normal experience. Add to these days electric evenings flowing with (1.) the freedom one experiences when surrounded by brilliant, friendly strangers, (2.) a modest amount of alcohol and (3.) immodest amounts of laughter, and you have opened the faucet from which Big Ideas run like tap water.

The first day of any class at Wizard Academy is hard work but the evening is a complete joy as you decompress with your classmates in Engelbrecht House, Wizard Academy’s secluded student mansion in the valley below Chapel Dulcinea. Day Two is when the real magic begins and the second evening sparkles. It happens every time. Can you imagine the pixie dust when a class runs 3 days and 4 nights?

Big Ideas will fly through the air like paintballs. Everyone who attends this workshop will leave a different color and carry home a bold plan that includes a Big Idea. If you’re not frightened by the color and sparkle and high-velocity impact of truly Big Ideas, you really ought to come.