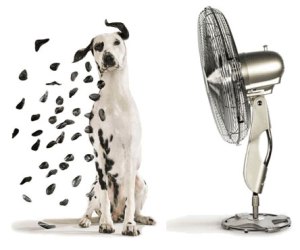 Fantasy and Science Fiction are alike in that each requires the creation of a complete new world. Lord of the Rings, Star Wars, The Avengers and Planet of the Apes each occupies its own imaginary universe.

Fantasy and Sci-Fi are great for entertainment but not so great for selling most products and services.

The process of selling requires a reality hook, something that gives us, here in this world, a handle on the impossible. Would you like to sit and listen as John Lennon writes the lyrics and melody to Imagine, one of the most popular songs of all time? It’s easy to go there. All you need is the white Steinway piano on which John composed the song. You can see the cigarette burn on it from a moment when he got distracted and forgot it was there. That cigarette burn is a reality hook, a point of focus that brings an abstract moment from yesterday into the black and white of now.

The power of any message – particularly an advertisement – is increased when you add a detail easily imagined by the listener. It was easy to see that cigarette burn on the white Steinway, wasn’t it? This piano exists, not in fantasy, but in the residence of Yoko Ono in Manhattan’s famous Dakota building. John gave it to her on her birthday in 1971.

If you are a writer, a real one, you need to study magical thinking. Unlike science fiction and fantasy, the world of magical thinking is this world and all its impossible events happen in this, our own all-too-familiar universe. The writing style created by magical thinking is called Magical Realism and you’ll need to be good at it if you want to gain and hold the attention of 21st century America.

Fortunately, a new book was just published about it.
The 7 Laws of Magical Thinking
by Matthew Hutson

2. Symbols Have Power: Spells, Ceremonies, and the Law of Similarity
A Red Sox jersey bearing the name and number of Dave Ortiz was buried by a construction worker under the foundation of the new 1.5 billion dollar stadium of the New York Yankees. Yankee management took this curse seriously enough to consider filing criminal charges.

4. The Mind Knows No Bounds: Psychokinesis, ESP, and Transcendence
At the root of the bestselling book, The Secret, is a bit of magical thinking called The Law of Attraction which says if you focus on a thing and see it in your mind and believe it is yours, you will have it. The book has sold more than 19 million copies.

5. The Soul Lives On: Death Is Not the End of Us.
We think of a thousand different ways to say it and believe it. “There is a land of the living and a land of the dead and the bridge is love, the only survival, the only meaning.” – Thornton Wilder, last lines of The Bridge of San Luis Rey

6. The World is Alive: Animals, Objects, and Gods are People, Too.
In her award-winning book, The Year of Magical Thinking, Joan Didion speaks of coping with the death of her husband. “I stopped at the door to the room. I could not give away the rest of his shoes. I stood there a moment, then realized why: he would need shoes if he was to return.” Likewise, most of us never delete the telephone numbers of close friends who have died. We leave them on our cell phones because there is part of us that believes if we called that number, they would answer.

7. Everything Happens for a Reason: You’ve Got a Date with Destiny.
In Ernest Hemingway’s famous short story, The Snows of Kilimanjaro, a writer named Harry goes on safari with his lover, Helen. A thorn scratches his knee as he photographs a herd of waterbuck, and the wound becomes infected. The story opens with Harry dying on a cot in the shade of a tree as birds circle above. “I don’t see why that had to happen to your leg,” says Helen. “What have we done to have that happen to us?” Helen, like most of us, needs to believe that everything happens for a reason.

A new series of radio ads is playing in selected markets across the United States. The ads are working fabulously. In them, you’ll notice the careful weaving of simple, factual information with reality hooks and magical thinking. These ads feature the founder of the company, Brian Scudamore, with a sidekick:

SIDEKICK: You fill your garage with it.
BRIAN: You walk around it,
SIDEKICK: step over it,
BRIAN: put it into closets
SIDEKICK: and cram it in the attic.
BRIAN: It’s been there so long you don’t see it anymore.
SIDEKICK: Bottom Line: You’ve got junk.
BRIAN: We can help with that!
SIDEKICK: Call 1-800-Got-Junk.
BRIAN: We’ll be there before you hang up the phone. We’re the company Oprah told you about,
SIDEKICK: and The New York Times,
BRIAN: Dr. Phil,
SIDEKICK: The Wall Street Journal,
BRIAN: and Good Morning America.
SIDEKICK: Call 1-800-Got Junk.
BRIAN: Life is happier when it’s less cluttered.
SIDEKICK: Your house will be bigger.
BRIAN: Your teeth will be whiter.
SIDEKICK: Angels will sing.
BRIAN: [slowly, as though this is the deal-clincher] You’ll be a better dancer.
SIDEKICK: Go to 1-800-Got Junk.com
BRIAN: and prepare to be amazed.

The human mind is wired to believe the impossible. If you exaggerate just a little bit you’ll get caught. People will know you’re lying. But promise a thing that’s utterly impossible and there’s a piece of every listener that will believe you.

In a class he teaches at Wizard Academy, Mark Huffman, the executive production manager at Procter and Gamble, (responsible for all integrated marketing in the organization that spends the largest ad budget on earth,) told his fellow Wizard Academy students the backstory of P & G’s breakthrough TV campaign for Old Spice Body Wash for Men. You remember that ad don’t you? It won the worldwide Effie Award for making a bigger difference to a company’s bottom line than any other ad on earth that year. See if you can spot the magical thinking and the reality hook:

“Hello, ladies. Look at your man. Now back to me. Now back at your man. Now back to me. Sadly, he isn’t me. But if he stopped using ladies scented body wash and switched to Old Spice, he could smell like he’s me. Look down, back up, where are you? You’re on a boat with the man your man could smell like. What’s in your hand? Back at me. I have it. It’s an oyster with two tickets to that thing you love. Look again, the tickets are now diamonds. Anything is possible when your man smells like Old Spice and not a lady. I’m on a horse.”

But only for those who have the skill to craft it and the nerve to use it.

CONFESSION for those of you who are deep researchers: Yes, I’m aware that John Lennon owned a second Steinway, a brown upright, that many believe to be the more likely instrument on which Imagine was composed. Maybe they’re right. But I’m sticking with my white grand because it conjures a more vivid mental image and thus makes a better story.

A white grand piano with a cigarette burn that remains to this day in John and Yoko’s apartment in the very building outside of which John was shot… well, it’s just a lot more interesting than a drab upright “grandma’s piano” currently owned by the singer, George Michael. At the end of the day, I’m a writer, a storyteller, a moviemaker projecting films onto that screen you carry in your mind. The white piano makes a better story.  – RHW

“Understanding how civilization shifts its mindset
on a decadal level is critical to business and governance.
In the Pendulum, Michael R. Drew and Roy H. Williams have
synthesized several thousand years of history and figured out why
we’ve acted the way we do.  Better yet, they’ve also given us a road
map of what it means going forward. This is a great tool to understand
and even predict business and social trends.”
— Peter H. Diamandis,
founder and chairman of the X PRIZE Foundation,
Executive Chairman of Singularity University

One Response to Magical Realism in Advertising