How Not To Be Bored 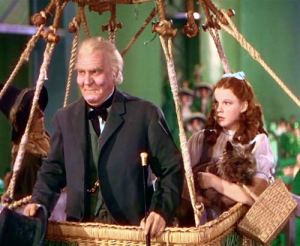 The average person would rather be angry than bored. Anger is exciting.

Likewise, love and hate are not opposites. The opposite of both is indifference.

“I’ve an idea. Why don’t we have a little game? Let’s pretend that we’re human beings and that we’re actually alive. Just for a while. What do you say?”
– Jimmy Porter in John Osborne’s 1956 play, Look Back in Anger
Boredom and indifference are deadly poisons. “Just go with the flow,” “Don’t make waves,” and “Whatever…” are the mantras of the walking dead.

Don’t be dead. Be alive. Make a choice. Commit. Hold your ground. Stand, chin in the air, ready to endure the coming storm or be utterly blown away by it to a strange and different land.

Welcome to Oz, Dorothy. Where did you get those shoes?

I grow weary of people who speak endlessly about goal setting. It’s like listening to someone agonize over where to take their vacation. I feel like shouting, “Just pick a place and GO there! Choose! Go! There’s cool stuff to do EVERYWHERE.”

“I just can’t find my passion.”

Whiner, I’ve got news for you: Passion does not trigger commitment. Commitment triggers passion.

Feelings follow actions. So make a choice. Commit irrevocably. Take action. Passion will explode like a flame, giving you energy and lighting your way. Congratulations! You’re about to embark on an adventure called Life.
Knowing how to do a thing is not the same as actually doing it.

“Many times after one of my six-week classes is completed, a student, excited by what he or she has just learned, has said to me, ‘You should teach an advanced class!’ I am always flattered, but always a little surprised. Advanced? I know for a fact that they have not mastered the most basic principles, and yet they feel that they are ready to move on to the next level.” – Brian McDonald
Wizard Academy equips people who have chosen a purpose. We don’t help you find a purpose; you’ve got to aim that arrow on your own. And then you’ve got to act. You’ve got to release that arrow and ride it.

We just help you hit the bullseye.
I like committed people. I avoid people who are not committed. They waste my time and frustrate me with sad stories and soft sighs as they sing the song of the weasel. You’ve heard the song. All its verses begin with the words “If only”:

A committed person paints a picture of a possible future and then works to bring that picture to life. They see it before it happens. They believe it before it’s true. And they take action.

Weasels are dreamers. They see possibilities and sigh wistfully, “If only.”

Weasels believe success and failure to be permanent.

Committed people know both to be flickering moments, points on scoreboards that are constantly changing, tiny adventures called victories and defeats.

What are you trying to make happen?
Do you have the courage to say it out loud?

Do you believe in the future you see in your mind?
“You must believe and not doubt, because the one who doubts is like a wave of the sea, blown and tossed by the wind.” And you must take action, because the person who does not take action “is like someone who looks at his face in a mirror and, after looking at himself, goes away and immediately forgets what he looks like.” (Both quotes are from the first chapter of James in the New Testament.)
Some of you are offended by what I have written today.

But honestly, wasn’t it better than being bored?
Roy H. Williams

PS – A number of my Wizard of Ads partners – highly gifted and intensely committed – have chosen to spend half a day helping as many people as they can in Saint Louis this week. Organizing Partner Ray Seggern tells me the team will include, “Paul Boomer, Tim Miles, Charlie Moger, Ryan Patrick, Steve Rae, Jeff Sexton, Mike Slover, Tom Wanek.

And Jerry Mathers as the Beaver.”

This thing happens SOON, Wednesday the 16th. They’re collecting $67 per participant to cover the cost of the room but if you type memo as your promotional code they’re reducing your investment by 50 percent.