What Are You Doing Here, Elijah? 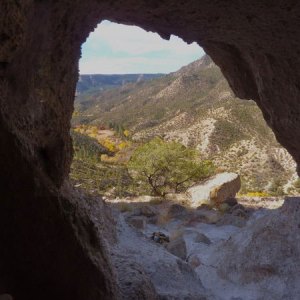 Elijah, according to the Bible, was a Tishbite.

Google “meaning of Tishbite” and the first page of results will give you a glimpse of the grand sweep of opinions we have when it comes to things religious.

Tishbite means “stranger” according to some sources but Wikipedia says Tishbe was a place, thus, “The phrasing can be reworded as ‘Elijah the Tishbite of Tishbe in Gilead.’”

Churchages.com says, “If we translate the word Tishbite, it means ‘a converter.’” But meaning-of-names.com lets us know, “In Israeli, the name Tishbite means ‘that makes captive’ and is most commonly given to girls.” (Israeli is a language? I thought Israelis spoke mostly Hebrew. – RHW)

What this tells us is that you can “prove” anything you want if only you choose the right sources to quote. People give authority to the written word. “Right there it is in black and white. See it? Right there it is.”

Elijah lived about 2,900 years ago and his specialty, it would seem, was calling down fire from heaven. We’re told of 3 times Elijah did this. The first time was epic.

“At the time of sacrifice, the prophet Elijah stepped forward and prayed: ‘LORD, the God of Abraham, Isaac and Israel, let it be known today that you are God in Israel and that I am your servant and have done all these things at your command. Answer me, LORD, answer me, so these people will know that you, LORD, are God, and that you are turning their hearts back again.’ Then the fire of the LORD fell and burned up the sacrifice, the wood, the stones and the soil, and also licked up the water in the trench.”
– 1st Kings ch. 18

To the consternation and amazement of my friends, I am one of those inexplicable people who believe there really was a guy named Elijah and that he really did the things ascribed to him in the books of 1st and 2nd Kings in the Old Testament. Jesus, too, speaks of Elijah in the New Testament as though he was a real person and believe it or not, the Qur’an refers to this same Elijah in chapters 6 and 37.

But I don’t believe Elijah was a real person merely because a few ancient texts refer to him as a real person. I believe the Elijah story – all of it – because I have chosen to believe it.

Belief is not mandated by facts or by the lack of them. You believe what you choose to believe. Belief is always a choice. Consequently, you can believe Tishbe was a place and Elijah was from there, or you can believe Tishbite means “stranger” or that it means “a converter” or that Israeli is a language and people who speak it commonly give their daughters the unfortunate name of “Tishbite.”

You might even choose to believe that a nameless storyteller invented Elijah 2900 years ago and that Jesus was duped by this Elijah fiction 900 years later and Muhammad was likewise duped 600 years after that. This would be a perfectly reasonable belief.

It’s just not the belief I have chosen.

As I said, Elijah’s specialty was calling down fire from heaven.

You, too, can call fire down from heaven. What kind of fire do you call? Is it musical fire? Is it shapes and colors? Do you call down poetry or analysis or compassion or strategic planning? There is a thing you do extremely well. You know what it is. You have a knack for it. It just comes to you. You’ve always been good at it. What is it?

You have doubts about your own abilities.

Self-doubt is part of the human experience. Elijah, immediately after calling down the fire of chapter 18 in 1st Kings, ran from an angry woman and hid in a cave in Mount Horeb. During the night, the word of the LORD came to him:

Then a voice said to him, ‘What are you doing here, Elijah?’”

There is great majesty and poetry in the Bible. This is evident to anyone who has a taste for literature. But I also take encouragement from it.

1. You, like every human, can call down some type of fire from heaven.

2. It is dark and you feel alone, hiding in your cave.

3. Remember the words of our pal, Teddy Roosevelt: “Do what you can, with what you have, where you are.”

4. Think big. Start small. Do something, no matter how tiny, but do it now.

5. Then do another tiny thing.

7. Today’s memo has been nothing but a whisper:

“What are you doing here, Elijah?”

2 Responses to What Are You Doing Here, Elijah?