The Power of Once Upon a Time 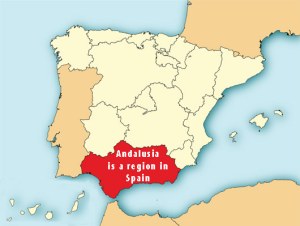 “‘Hunches,’ his mother used to call them. The boy was beginning to understand that intuition is really just a sudden immersion of the soul into the universal current of life, where the histories of all people are connected, and we are able to know everything, because it’s all written there.”

– The Alchemist, by Paulo Coelho, an allegorical tale about an Andalusian shepherd boy, written in only two weeks in 1987 because according to the author, “the story was already written in my soul.” It has since become one of the twelve best-selling books of all time.

Hunches – premonitions – gut feelings – intuition – are just different names we give to that wordless logic of the brain’s right hemisphere.

Look at any list of the functions of the right hemisphere of the brain and you’ll notice that each is simply a different form of pattern recognition.

You’ll find no book that says what I just said; it’s merely my own observation.

But I’m quite certain I am right.

The left and right brains don’t work independently of each other, though it often seems like they do since they contribute very different kinds of perceptions to the final mental image. The left brain looks for the discrepancy, the flaw, the mistake, the anomaly, always asking, “Where is the difference?” And then it focuses on that difference. The left brain zooms in like a microscope, forever seeking additional details.

The left brain rejoices “when it all adds up.”

The danger of the left is that it often makes mountains out of molehills in the mistaken belief that anything that is true must also be relevant to the problem at hand. The left brain is legalistic, seeing everything as either correct or incorrect, right or wrong, true or false. The left brain can be astoundingly petty.

But the logic of the right brain is intuition.

The right brain looks for similarities, patterns, systems and relationships, always asking, “Where are the connections?” And then it uses the ripple effect to give it systemic leverage within highly complex systems; “a small change here yields a big difference way over there.” The right brain pulls back further and further, forever seeking the bigger picture.

The danger of the right is that it often sees patterns that aren’t really there, resulting in an unproductive goose chase into the unknown and irrelevant.

The right brain is amoral. Morals are the left brain’s job. And the right brain makes no distinction between fact and fiction. Real and imaginary are one and the same in the shadowland of the subconscious right brain. The right hungers only for the complexity of skillfully woven patterns and relationships between shapes, colors and symbols in art; contour, interval, pitch, key, tempo and rhythm in music; motives, relationships, actions and reactions in people; and form, function, component and composite in machines of every kind, even the relational machinery of human organizations.

The right brain seeks the metaphors, universal laws and archetypal patterns that link all experience into a grand unified theory, the final solution to the puzzle of existence; the biggest picture of all.

The right brain rejoices in the complexity of the pattern.

People never really change their minds. Provide them with the same information and perspective they’ve had in the past and they’ll continue to make the same decisions they’ve made in the past. A person who appears to be  “changing their mind” is really just making a new decision based on new information and/or a new perspective.

Motivational interviewing is an inverted form of storytelling that helps us open the eyes of another to patterns of behavior and consequences that may have previously been hiding in their blind spot. It helps us give them a new perspective.

Storytelling is a form of selling. It allows us to use the old and familiar as metaphors to help us determine the right course of action when facing the new and different.

Choose the story and you control the metaphor.

Control the metaphor and you strongly influence the conclusion that will be reached by the listener.

An elegantly powerful salesperson is one who leads you to believe you made the decision entirely on your own.

This is the power of Once Upon a Time…