Angel in the Darkness 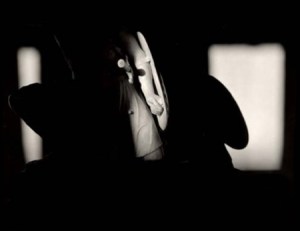 My back is against the wall and I don’t know what to do. The vortex of this crisis is pulling me into a toxic blue quicksand of the soul. I struggle until hope is gone. The light is growing dim. I have no one to blame but myself.

As I lift my weary eyes one last time, an unexpected angel steps quickly from the shadows. I feel his fingers tighten around my forearm.

I am surprised when I see his face.

“When a friend is in trouble, don’t annoy him by asking if there is anything you can do. Think up something appropriate and do it.”
– E.W. Howe

Richard Kessler, Jeffrey Eisenberg and Chad Prosser have never met, yet each of them has gripped my forearm when I desperately needed a friend, which is why it may surprise you that I recently pushed Chad into the fight of his life.

I hear a weary sigh before Chad begins to speak. This startles me. Chad is not a sighing sort of fellow. “I’m getting a lot of pressure and I need the perspective of someone outside the situation.”

“A lot of people are pushing me to run for Congress.” The telephone line remains silent until Chad says, “You there?”

“You called the wrong friend.”

Before I continue, I’d like to make four things clear:

(1.) It’s important to me that you understand how deeply I hate politics. I feel the average politician to be a big ego in an empty suit, a cardboard cutout, a talking doll who delivers pre-recorded platitudes whenever you pull his string.

(2.) The Monday Morning Memo is NOT a publication of Wizard Academy. The Memo is, was, and forever will be the public ramblings of a private citizen, Roy H. Williams.

(3.) Wizard Academy will never have a political opinion, alliance or affiliation.  No political meetings will ever be held on Academy property.

(4.) Pennie and I are supporting two different persons running for Congress this year. Dan Grant is a Democrat. Chad Prosser is a Republican. We love them both because they are incredibly good men with the best possible motives.

I yelled at Chad for half an hour. He was reluctant to run for office for all the same reasons that you or I or any other sane person would be reluctant. Exasperated, I said, “Chad, when you served as director of Parks, Recreation and Tourism for South Carolina, I saw you turn away from anything that might benefit you personally. You always said you just didn’t feel it would be right, even when it was perfectly legal and above board. I saw you put the needs of the people of South Carolina ahead of your own needs day after day. I know you to be a true public servant.”

“Roy, you’re making my case for me! I did my time. I served my state.”

“Chad, now it’s time for you to serve the whole country.”

Before I let him off the phone, I made Chad promise to watch a 2-minute video David Rehr recorded in Sunpop Studios 3 years ago. When David was a junior in high school, he became a congressional page on Capitol Hill. He was later hired to be President and CEO of the National Association of Broadcasters. David Rehr knows Washington, DC like no one I’ve ever met.

Chad watched the David Rehr video. The next day he announced his decision to run for Congress.

Speaking of videos, when Chad attended his first class at Wizard Academy in 2004, he was randomly chosen to make a few comments about his experience in another video you may not have seen. I met Chad just 2 days before he appeared in this promotional video for Wizard Academy. Take a look.

I’m confident Chad will be elected. The people of South Carolina know the same Chad Prosser I know. They’ll definitely elect him.

Pennie and I are hosting a private evening with Chad and we’d love for you to have dinner with us. Yes, we’re hoping you’ll support him. Every little bit helps.