Nostalgia is a Dangerous Drug 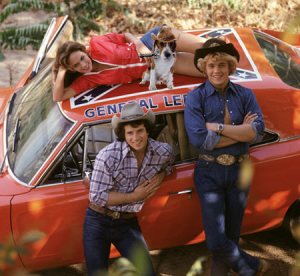 I love Garrison Keillor’s Lake Wobegon for the same reason I love Norman Rockwell. The people in those worlds are quirky but loveable, flawed but happy, sincere but imaginary. When you think about it, Lake Wobegon is a lot like Andy Griffith’s Mayberry, where the children are mischievous but good-hearted, racial tension is nonexistent and all the women are homespun and pure. Just like they were in Michael Landon’s Little House on the Prairie. Michael grew up as Little Joe Cartwright on the Ponderosa before he became Melissa Gilbert’s “Pa” in an even better idyllic environment.

I’ve always loved Norman Rockwell but let’s not pretend he told us the truth. Rockwell painted a nation that never was, an idealized America, the nation of Paul Revere and Valley Forge and the key on Benjamin Franklin’s kite string as that adorable old man stood alone under a lightning-filled sky.

America’s love of country music is an escape to that world of Bo and Luke and Daisy Duke and their bright orange General Lee, the original NASCAR driven by the original good old boys:

Tommy Lee Jones is a Man’s Man. He don’t take no shit from nobody. Damn. If he was president, he’d sure whip that Middle East into shape, wouldn’t he? And then he’d use common sense to lower taxes, save Social Security, create jobs and sell us gas for a dollar a gallon.

I am a professional romanticizer. My job is to write ads that make certain products and people larger than life. I am, frankly, very good at it.

The American worship of “The Founding Fathers” is wearisome to me. I hear people speak of them as though they were emissaries of God’s Perfect Will rather than the debt-laden, combative, self-interested businessmen they really were.

Am I speaking heresy? If so, you believe America to be a religion that needs to be protected and enforced. My crime is that I see America as a people.

“Well, things sure were simpler and better back then.”

No they weren’t. Things were exactly like they are now but without modern medicine and electricity and cell phones and cars and central heat and air conditioning.

Make no mistake; heroes do have value.

Bigger than life, highly exaggerated and always positioned in the most favorable light, a hero is a beautiful lie. We have historic heroes, folk heroes and comic book heroes. We have heroes in books and songs and movies and sport. We have heroes of morality, leadership, kindness and excellence. And nothing is so devastating to our sense of wellbeing as a badly fallen hero. Yes, heroes are dangerous to have.

The only thing more dangerous is not to have them.

Heroes raise the bar we jump and hold high the standards we live by. They are tattoos on our psyche, the embodiment of all we’re striving to be.

We create our heroes from our hopes and dreams.
And then they create us in their own image.
– from The Monday Morning Memo of the Wizard of Ads, Feb. 17, 2003

I am a true believer in the power and beauty of heroes. I do not wish to live in a world without them. But please hear this: a hero is that by which we should measure ourselves, as individuals. If you measure others by your heroes, you will quickly descend into a dark and frantic judgmentalism, crying, “All is lost and there is none that is good. No, not one.”

Fearful discontent is a horrible master.

“Be not hasty in thy spirit to be angry: for anger resteth in the bosom of fools. Say not thou, ‘What is the cause that the former days were better than these?’ for thou dost not enquire wisely concerning this.”
– Ecclesiastes 7:9-11, King James Version (KJV)

One Response to Nostalgia is a Dangerous Drug