Who Is Your Customer? 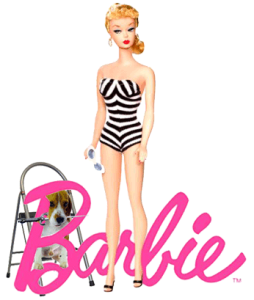 Most ads answer questions no one was asking.

How did we Americans become so fixated on “targeting the right customer” in our advertising?

That question has two answers. The first is, “because it’s completely logical” and our natural inclination is to follow the footsteps of lovely Logic, even when she leads us to erroneous conclusions.

The second reason we’re fixated on targeting the right customer is, in two words, “advertising salespeople.”

If you were selling a commodity that was only mildly different than the same commodity sold by your competitors, you’d focus your sales presentation on those mild differences, right? Because if you didn’t, price would be the only remaining factor for your customer to consider.

I’m not accusing the ad-selling community of deception. I know these people and I like them. A lot. Many have been good friends for years. But like all sellers of products, they cannot be successful unless they convince themselves that buying advertising from anyone else would be a tragic mistake. And they care too much about you to let you make that mistake.

Advertising salespeople rarely succeed unless they
(1.) sincerely care about their clients and
(2.) believe they are telling their clients the truth.

But mass media – in all its forms – is a commodity. We call it “mass media” because it reaches the male and female, young and old, rich and poor, white-collar and blue-collar masses.

“Who is your primary target?”

“Excellent! Barbie 98 is the Number One radio station for females 25 to 34! That’s exactly who we reach! If you don’t buy our station, you’re going to be missing the Barbies. We fit your needs like a hand in glove.”

“Well, I like the Wizard of Ads and I read all his books, but this time he’s wrong. Wacko 103 ranks number 7 with females 25-34 and they cost 20 percent more per ad than Barbie! That just doesn’t make any sense at all. Oh my god! Look at this data. Just 7 percent of Wacko’s audience are 25 to 34 year-old females while 17 percent of Barbie’s audience is exactly your target. Wacko 103 is just a tragically, horribly inefficient buy for you. The Wizard really missed it this time.”

Before we look deeper into this Barbie/Wacko fiasco, let me ask you a different question: Do the people outside your target have value? Is there anyone whose opinion you DON’T care about? Is there anyone you would rather NOT recommend you to their friends?

Decisions are rarely made in a vacuum. Each of us is guided by co-workers and family members, neighbors and friends.

If you are normal and healthy, you maintain about 250 people in your “realm of association.” Some of these are permanent members of that realm while others will pass through your life and be replaced. But the number hovers at about 250. And guess what? Beyond their connection to you, these 250 people have little, if anything, in common. They are your personal world: the male and female, young and old, rich and poor, white-collar and blue-collar “masses” that give your life purpose and meaning.

You are someone’s target customer. If I fail to reach you with my ads but my company is beloved by half the people in your realm of association, what’s the likelihood that you’ll hear about me?

Google and Facebook, radio and television, magazines and mailers, billboards and flyers are called mass media because they reach the masses. The ability to “target” using mass media is more illusion than fact.

Now let’s get back to glorious Barbie 98 and that tragic mistake, Wacko 103. (This example, by the way, is not extreme in any way. My media analysts see this scenario several times a day.)

Do the math and you’ll see the advertising salesperson was telling the truth. But while Barbie gives you an additional 83,000 people outside your imaginary “target,” Wacko 103 delivers an astounding 186,000 additional people.

If we calculate Gross Rating Points for the 25-34 female “target,” Wacko appears to be 46 percent more expensive than Barbie on a cost-per-point basis. But if we consider that we’re paying for the entire audience of each station and step back to look at the question from this strange, new perspective, it becomes obvious that Wacko 103 offers twice as many people for just 20 percent more money. This means that Barbie, in truth, costs nearly twice as much as Wacko.

To be fair, there are other factors to consider: Average Quarter Hour persons (AQH) and Time Spent Listening (TSL) will dictate how many ads will be needed on each station to insure the average listener will encounter your ad with sufficient repetition each week, but these calculations are easily made.

Oh? You did that? You calculated Gross Rating Points? Well then you’re screwed. Sorry. Have a nice life with Barbie.

And tell her to eat a little, okay? No one should be that thin.

PS – My Wizard of Ads partners receive salary increases from the clients they consult based on the growth of those clients. Dave Young and Michele Miller – who both teach at Wizard Academy – consult a jewelry store that posted 28 percent growth for 2011. This means Dave and Michele will get a 28 percent raise in their monthly paycheck. Well done, guys! By the way, when that store retained Dave and Michele 6 years ago, it was doing just 1.5 million in sales. They finished 2011 at more than 10 million dollars. So no, this is not the first raise they’ve earned from that client.

NEW SUBJECT: Due to the obvious success of clients we consult throughout North America and Australia, the Radio Advertising Bureau has asked me to do the keynote speech at their convention on March 7. I’m going to give them several examples of what’s working and why from the first 30 minutes of the Business Owners Workshop, “Advertising in 2012,” that will have been held two days prior (March 5) in Tuscan Hall across the parking lot from my office in Austin. You’re coming, aren’t you? (details here.) Jackie can take your $500 by phone at 512-295-5700. Get a good night’s sleep before you come.

One Response to Who Is Your Customer?