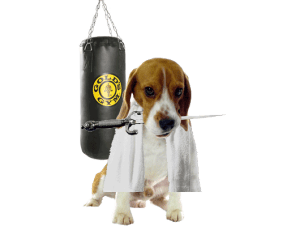 People today are different, less naïve, less gullible, less open to suggestion than in the past. Christopher Isherwood describes this difference perfectly:

“To live sanely in Los Angeles or, I suppose, in any other large American city, you have to cultivate the art of staying awake. You must learn to resist the unceasing hypnotic suggestions of the radio, the billboards, the movies and the newspapers; those demon voices which are forever whispering in your ear what you should desire, what you should fear, what you should wear and eat and drink and enjoy, what you should think and do and be. They have planned a life for you from the cradle to the grave and beyond which it would be easy, fatally easy, to accept. The least wandering of the attention, the least relaxation of your awareness, and already the eyelids begin to droop, the eyes grow vacant, the body starts to move in obedience to the hypnotist’s command. Wake up, wake up… you’ve got to think, to discriminate, to exercise your own free will and judgment.”

Yes, people today are definitely more skeptical than they used to be.

Have you noticed how few people these days spout the old “positive thinking” platitudes that were so popular during the revved-up years of Reagan, George Sr., and Bill Clinton? Quiet determination and clenched-teeth endurance are the virtues we admire today. A person spewing happy platitudes and cliché’s is likely to be told, “Talk is cheap. Shut up and do something. Don’t tell us what you believe. Show us.”

Conversations among friends are less likely to be shallow and superficial than in the past. Concerns run deeper, fears lie closer to the surface and frustration often simmers deep inside. Even the happiest people are a little bit angry.

The public is no longer looking for a perfect icon to worship. Most of them are looking for an equally-flawed friend with whom they can connect.

The online world gives us instant access to information. This has sensitized the public to the absence of facts in most selling messages. Unsubstantiated claims in advertising are likely to fall on deaf ears.

Much has been written about the importance of transparency as though transparency were still a choice. But it isn’t. You are transparent whether you choose to be or not. Search engines have removed any veil you might have hidden behind.

I hear a voice whispering in the night:

Today’s customers have been lied to by the best. All but the stupidest of them can spot a half-truth a mile away.

Make no mistake; there are still plenty of stupid people left in America. Fools must outnumber con men or the con men could not find enough to live upon. My seat-of-the-pants estimate is that roughly 15 percent of Americans are gullible fools whose prejudices outweigh their intellect. I’m not trying to be vicious. I just don’t want you to cling to those obvious exceptions that would appear to disprove the larger truth.

Fifteen percent of the population is still a pile of people and frankly, you can make a lot of money by yanking their chain with hyperbole, misdirection, overstatement and lies. But to me, writing ads that target stupid people is like beating up little children. I can do it. I just don’t want to.

I’ll bet you don’t either.

Eighty-five percent of your prospective customers are intelligent people with unprecedented access to information. And as such, they are a hard public to convince. These are men and women who have seen an actual war launched by imaginary weapons of mass destruction, an actual economy ruined by imaginary credit-default swaps, and billions of dollars bilked from hard-working investors through imaginary securities created by Bernie Madoff and his Wall Street cronies. Yes, today’s customers have been lied to by the best.

As an ad writer, I’ve chosen to write ads for the intelligently suspicious 85 percent. It’s hard work, requiring clenched-teeth determination and a willingness to wrestle with advertisers who desperately want to turn back the hands of the clock.

The simple truth is that Tom Sawyer and Huckleberry Finn are gone, Norman Rockwell is dead and the Reagan years are over.

But I believe the best is yet to come for business owners who understand the new rules of communication.

Come, the future awaits us.

BUSINESS WORKSHOP: “Advertising in 2012.”
Mon, March 5, 9 to 5 in Tuscan Hall in Austin.
Tuition is $500. See and hear detailed explanations of successful ad campaigns.
Take the HOT SEAT at the front of the room and get the perspective of the Wizard of Ads on whatever you’re facing. This workshop is for business owners only. Call Jackie to register at (512) 295-5700 or register online/Paypal. **This is not a Wizard Academy Event**