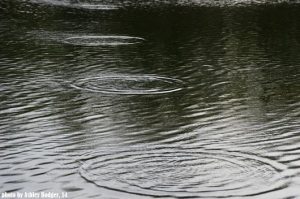 A Barely Explicable Collection of Moments

Every person is a collector, I think.

My own collection consists of curiosities, tokens of moments nearly forgotten; captured glimpses of interesting lives. I’m not certain what this says about me but I like to think it says I’m a writer.

Marcel Proust lectured, “The duty and the task of a writer are those of an interpreter.” So I try to interpret what I find.

Arthur Schopenhauer added, “The business of the novelist is not to relate great events, but to make small ones interesting.” So I do my best to make each small item in the collection interesting.

Mignon Eberhart echoed my soul when he confessed, “I seat myself at the typewriter and hope, and lurk.”

My collection of curiosities is a rock that skips across 500 years of cultural icons. The worldwide ocean of art is impossibly deep and wide and my rock touches only a few superficial places.

But the ripples are amazing:

A 500 year-old Spanish ship’s bell dragged up from the ocean floor in the Philippines, very possibly from one of the two ships Ferdinand Magellan lost there in 1521.

A pencil sketch of Napoleon drawn by his little brother, 24 year-old Lucien Bonaparte, shortly after the pair of them captured the throne of France in 1799.

Don Kehan, Marshall of Manchon, the original manuscript of an unpublished book about Don Quixote written by John Steinbeck.

The world’s only copy of a 1936 photo of Jacqueline Bouvier at a horse show when she was just 6 years old, but already unmistakably “Jackie O.”

The Wise Men who sat on the piano of Liberace each Christmas, complete with Joseph and Mary and an angel with just one wing. A one-of-a-kind, handmade set dressed in velvet. (Liberace was a flamboyant piano player known for his over-the-top costumes, the original Elton John.)

A cultural icon is never about the thing itself, but the idea it represents.

You’ll find these and other curiosities touching Teddy Roosevelt, Pablo Picasso, the Wright Brothers, Oceanic Flight 815 and dozens of other ripples on the water of time as you tour the campus at Wizard Academy.

PS – This week I’m hoping to acquire a painting by a student of Leonardo da Vinci, almost certainly seen and critiqued by the master himself. Paintings from the High Renaissance are never cheap so keep your fingers crossed. Next week I’ll tell you whether or not I was able to sneak it from under the noses of the other bidders.

Did you know there are only 40 answers in all the world? No one has ever discovered a 41st answer. Come, spend a couple of days with Mark Fox and me during the 2012 session of Da Vinci and the 40 Answers.

Got a moment for a singing Christmas Card?