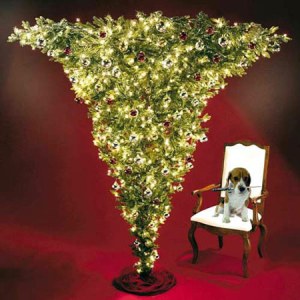 I’m a Merry Christmas person. Does that make me bad? “Happy Holidays” doesn’t carry quite the same exuberance for me as “Merry Christmas.” And I must shamefully confess that deep in my heart I still think of Navajos, Cherokees and Apaches as Indians. My publisher tells me there is no such place as the Orient anymore! So are the boundaries of Asia the same as they were back when I was in school? In those days Asia was everything east of Constantinople. I’m sorry. My bad. Istanbul.

Russian Cossacks with their knee-high boots and furry hats, Arab Sheiks with their flowing robes and elegant turbans, and those squinty, inscrutable men wearing silk gowns with big sleeves are no longer to be differentiated from one another. They’re all just “Asians” now.

Evidently, the goal is worldwide homogenization. We’ve already achieved it architecturally so now we’re spreading that colorless twilight over every other expression of individuality. Welcome to Zoloft Grey where the mood is forever funereal. Cultural Splendor lies quietly in the coffin there but please don’t look at it, admire it, comment upon it or celebrate it.

If you do, you’re obviously a racist.

If you fail to ignore cultural differences you are a very bad person indeed. Indians? The Orient? Shame on you! What were you thinking? I just finished Agatha Christie’s mystery novel, Murder on the Asian Express. John Wayne starred in a lot of cowboy and Native American movies. I’m sorry. My bad. Cowperson and Native American.

The best Indian food I ever had – (I can still say “Indian” if they’re from India, right?) – was in 1986 at the Bombay Palace restaurant in Washington, DC. I’m sorry. Mumbai Palace. I don’t want to be insensitive.

What the…? I just Googled Bombay Palace in Washington DC and they’re closed! I wonder if it was because they failed to change their name to Mumbai Palace in 1995?

Does the word holiday come from holy day?  I should check into that. I don’t want to be insensitive to people who prefer to live deity-free. I’ll let you know what I find out.

In the meantime, from me and mine to you and yours:

Have a good day.

Were you offended by today’s Monday Morning Memo? If so, then you are a marvelous example of my point: In our attempt to create a society where everyone has equal status because they are equally human (egalitarianism,) we have created a bizarre hypersensitivity that elevates and celebrates victimhood. Having examined the rules of this game, I’m opting out.

“Working together for the common good” is a beautiful thing… until it creates a gang mentality. You were offended by today’s memo? Okay, I’m offended that Time magazine named “The Protester” as “Person of the Year.” So what is the rule here? Do we apologize simultaneously to each other or do we just go our separate ways and get over it? Your call.
NOTE: If I don’t receive your apology, I’ll assume you chose to get over it.

3 Responses to Merry… I Don't Know