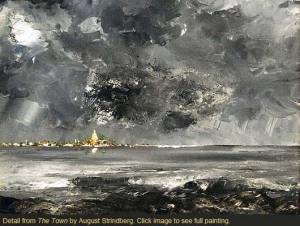 Do Creative People Have to be Self-Destructive?

New York Times writer Samuel G. Freedman asks,
“Can the forces that make you creative also kill you?”
“Can you live with control and yet create free of restraint?”
“Can you live enough of the dark side to tell the tale without becoming a casualty?”

Freedman’s curiosity is well founded. History is littered with the corpses of creative geniuses who were self-destructive.

Vincent Van Gogh cut off his own ear and mailed it to his girlfriend. Jackson Pollock and Mark Rothko would likely have made out the mailing label and taped up the box. Rothko is the lightweight of this trio. His most valuable painting is worth only about 80 million dollars, while Van Gogh and Pollock have paintings worth 150 million each.

Nobel laureates Hemingway and Faulkner are the opening names on a Who’s Who list of alcoholic authors. James Joyce, Dorothy Parker, Jack Kerouac, Truman Capote, Hunter S. Thompson and dozens of others trot faithfully behind.

Hendrix, Joplin, Cobain and Winehouse are the high-stepping drum majors in a holiday parade of musicians who flirted with death until it finally seduced them.

Each of these artists deserved better than what they gave themselves.

In her research paper, Creativity, the Arts, and Madness, Dr. Maureen Neihart says, “The belief that madness is linked with creative thinking has been held since ancient times. It is a widely popular notion.”

In his book, Creativity and Madness: New Findings and Old Stereotypes, Dr. Albert Rothenberg says, “Deviant behavior, whether in the form of eccentricity or worse, is not only associated with persons of genius or high-level creativity, but it is frequently expected of them.”

But we still haven’t answered Freedman’s questions. Let me do that for you now:

Q: “Can you live with control and yet create free of restraint?”
A: Yes.

Q: “Can you live enough of the dark side to tell the tale without becoming a casualty?”
A: Can a man fight in a horrible war and return home safely to the people he loves?

Examine the life of a creative genius who got lost in the dark and you’ll find that he or she had no partner watching out for them. When Pennie says, “Honey, help me carry the trash to the curb,” it’s not because she needs help with the trash. I’m always annoyed that she broke my concentration in the same way a pot smoker is annoyed when you harsh their mellow. But I help her carry the trash to the curb.

As we fall ever deeper into creative thought, we float weightlessly in a silent world underwater where time stands still and everything is beautiful. But it is dangerous to go swimming alone. Be sure someone who loves you ties a rope to your leg so they can haul you up when you’ve been under too long.

Self-talk is the other key to keeping your balance.

Do you want to drown in the darkness alone? All you have to do is say to yourself, “No one understands me… I’ll never be appreciated… Some people have all the luck but nothing ever works out for me… It just wasn’t meant to be.”

Each of us believes what we hear ourselves say.

The maternal side of my DNA includes a strong predisposition to depression and suicide. I am familiar with that darkness. The most effective antidote I’ve found is to tell Pennie 2 or 3 times a day about some small thing that makes me happy. Many of the things I choose to celebrate are admittedly stupid but the technique works anyway. “This bowl of beans and rice is really hitting the spot tonight! I’m glad I found this can of beans in the pantry and I put exactly the right amount of black pepper in them. And this Fuji apple is the perfect side dish. Food just doesn’t get better than this.” Pennie smiles and nods. She knows I need to find something to be happy about, no matter how small it might be.

Each of us believes what we hear ourselves say.
And it changes our mood.

What have you been hearing yourself say lately?