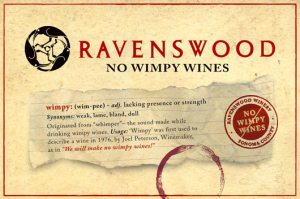 “Added value” is the popular name for what’s included at no extra charge. But we are entering a time when it will no longer be sufficient to tell the world what you include and what you stand for. To hold the attention of the public in 2012 and beyond, you must identify what you leave out and what you stand against.

Organic fruit and vegetable growers leave out the fertilizer and pesticides. Netflix leaves out the trip to the video store. Southwest Airlines leaves out meals and assigned seating. Digital cameras leave out the film. The Full Plate Diet leaves out fiberless foods. What does your company leave out?

My friend W. Reed Foster and his partner Joel Peterson were men ahead of their time. They employed this technique more than a decade ago to distinguish their brand in what is perhaps the most overcrowded retail category on earth: wine. If they had described their wine as “intense and full-bodied, with hints of…” they would have sounded exactly like 1,000 other wineries. But the slogan “No Wimpy Wines” made Ravenswood an important, worldwide brand. (Their wine also had to be good, of course, but that’s the easy part. Lots of vineyards produce good wine.)

You can’t have insiders unless you have outsiders.

I demonstrated this technique in last week’s Monday Morning Memo. I’ll wager you remember it: “Wizard Academy is not a school for whiners, posers, devil’s advocates, nitpickers, hand-wringers, crybabies, complainers, chicken-hearts or fools. But it is definitely the school for you.”

I’ve written before about “leaving things out” and it’s becoming more important than ever. But definition though exclusion is about to be taken too far. John Steinbeck spoke of a similar time when he wrote, “a teetotaler is not content not to drink—he must stop all the drinking in the world; a vegetarian among us would outlaw the eating of meat.”

We’re about to enter the final 10 years in the upswing of a “We” cycle, an event that happens only once every 80 years. It is a time of high polarization, Us versus Them. “Working together for the common good” produces, over time, a gang mentality. The Salem witch trials, Robespierre’s reign of terror in France, the American Civil War and the rise of Adolph Hitler are just a few of the angry, Us versus Them events that have occurred within 10 years of the zenith of a “We.”

Just three weeks ago, Joan Smith, a reporter in Britain for The Independent wrote, “The red poppy has been a symbol of remembrance since shortly after the First World War… a means of honoring the fallen and raising money for veterans and their families… This year, the pressure to wear one has been greater than ever… This year, coercion of reluctant red-poppy wearers has been joined by an outbreak of sheer nastiness towards the few who wear white ones.”

I know today’s memo makes me sound like a raving loon, but I trust that our new book, Pendulum, will change your mind when it’s released in April.

David Farland warns us, I believe, very presciently, “Men who believe themselves to be good, who do not search their own souls, often commit the worst atrocities. A man who sees himself as evil will restrain himself. It is only when we do evil in the belief that we do good that we pursue it wholeheartedly.”

“Choose who to lose” works well in marketing. Not so well in life.