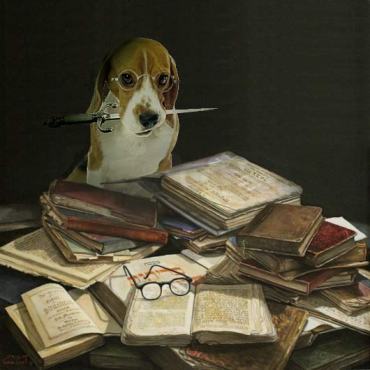 Wal-Mart is the biggest company in America, followed by 3 oil companies and then Warren Buffett’s Berkshire-Hathaway, Apple Computers, General Motors, and General Electric.

Yep. Apple today is bigger than both General Motors and G.E.

Oh, you did already? And the press said Nash-Finch is number 500?

Who the hell is Nash-Finch?”

The Fortune 500 are the newsmakers, but they are not the backbone of the American economy. In fact, if every company in America with more than 500 employees was added to Fortune’s famous list of America’s 500 largest corporations, all those companies combined would account for just three tenths of 1 percent of the businesses in America and less than one half of all the jobs.

According to the U.S. Census, America is home to nearly 17 million sole proprietorships, plus an additional 5.91 million businesses with fewer than 100 employees. These 5.91 million are the backbone of the economy since they create more new jobs than all the other companies combined.

These 5.91 million buy the majority of the radio ads, half the TV ads and most of the Google Adwords. And they also buy more real estate and rent more office space than the Fortune 500.

The press will cheer for the giant with a spear but I sing for the boy with a sling.

My partner, Jeff Sexton, said something the other day that impressed me enough to write it down:

“A nation of farmers, fishermen, lumberjacks, cowboys, ranchers, etc. is not the same as a nation of cubicle dwellers. We’ve focused on self-esteem when we should have focused on building self-efficacy.”

Don’t feel weird if you’re not sure about the definition of ‘self-efficacy.’ I wasn’t sure either, so I looked it up: “Self-efficacy is the measure of one’s own ability to complete tasks and reach goals.”

It is through choices and consequences that we learn the hard lessons that make peace and prosperity possible.

Susan Ryan is using the power of choices and consequences to bring peace and prosperity to Afghanistan. Susan has been teaching Afghan women to become employers of labor. She says,

“Men look at you differently when you have the power to give them a job. A dozen Afghan women, each running a company that generates at least a million dollars a year in sales, would significantly alter the future of Afghanistan.”

Wizard Academy’s Chapel Dulcinea sits across from the last remaining corner of an old stone home. And on the wall of that old home is a bronze plaque that says, “If mothers ruled nations there would be no war. Arm in arm they would stand and say, ‘Stop that. Stop that right now.'”

Susan Ryan has an MBA and is an extraordinary teacher. Her company, Silk Road Solutions, trains courageous and ambitious people to make different choices and experience different consequences.

Susan teaches them how to make money.

Her 50 employees in Afghanistan have been teaching locals how to create a happier financial future for themselves. Susan says, “Think new, act different, create change.” The Afghan people love Susan’s company and the Afghan government approves of what she is doing. Not surprisingly, Susan has been invited to bring Silk Road Solutions into nearly every other country in the Middle East.

People who are busy making money don’t often have time to make war.

Susan Ryan is teaching courageous people how to make money.

I’m incredibly proud of her.