How to Measure the Strength of a Brand 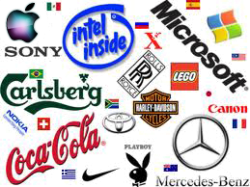 “We must keep in mind the story of the statistician who drowned while trying to wade across a river with an average depth of four feet. That is to say, in a culture that reveres statistics, we can never be sure what sort of nonsense will lodge in people’s heads.”
-from Technopoly, by Dr. Neil Postman

“Not everything we are capable of knowing and doing is accessible to or expressible in language. This means that some of our personal knowledge is off limits even to our own inner thoughts! Perhaps this is why humans are so often at odds with themselves, because there is more going on in our minds than we can ever consciously know… All sensory inputs must pass through the emotional limbic brain before being redistributed to the (intellectual) cortex for analysis, after which they are returned to the (emotional) limbic system for a determination of whether the information is salient (relevant) or not… Thus the emotional brain is physiologically able to overwhelm the rationality of the cortex.”
-from The Man Who Tasted Shapes by neurologist Dr. Richard Cytowic:

And again, from Dr. Postman, chair of the Department of Culture and Communications at New York University. “A question, even of the simplest kind, is not, and never can be unbiased. The structure of any question is as devoid of neutrality as its content. The form of a question may ease our way or pose obstacles. Or, when even slightly altered, it may generate antithetical answers, as in the case of the two priests who, being unsure if it was permissible to smoke and pray at the same time, wrote to the Pope for a definitive answer. One priest phrased the question “Is it permissible to smoke while praying?” and was told it is not, since prayer should be the focus of one’s whole attention; the other priest asked if it is permissible to pray while smoking and was told that it is, since it is always permissible to pray.”
The key to measuring brand essence is to slip past the analytical mind into the heart of the matter: gut feelings. This is where real decisions are made and where brands are known.

As I wrote to you in my first book, The Wizard of Ads, “Win the heart and the mind will follow. The mind (logical left brain) can always find logic to justify what the heart (intuitive right brain) has already decided.”

Asked for their opinions, people go to a different place in their minds than the place they go when they actually decide. Articulated opinions emerge from the filtered left-brain, but brand essence resides in the right.*

So how do we measure true feelings?

Evocative Word Association is the only technique that can measure the strength of a brand. Here’s how to do it in 5 simple steps.

“Please name every jewelry store you can think of.” It is essential that you introduce NO NAMES at this point, or at any point in the survey. This first question is to measure unaided recall, and to bring to consciousness (Working Memory) what had previously been buried in Declarative Memory or Procedural Memory. The total number of times your name is mentioned, divided by total mentions, will indicate your brand’s Share of Mind.

Repeat back to the respondent all the stores (brands) they have named, then ask “Can you think of any others?” If they can, repeat back the entire list again, including the new names they have mentioned. Ask again if they can name any others. Continue this until they say that no others can be named.

“I’m now going to say a series of words, and after each word I’d like you to say the name of the first jewelry store (brand) that comes to mind. Just blurt it out. There are no wrong answers.”

“High Pressure” “Friendly” “Overpriced” “Quality” “Deceptive” …and so on.

When an acceptable sample size** has been gathered, the words that each brand “owns,” both good and bad, will reveal far more about your brand essence than any other type of analysis that can be done. An additional advantage of this technique is that it doesn’t just measure the brand in question, but the entire category as a whole, revealing with crystal clarity the relative strengths and weaknesses of each competitor in a fascinating spectrum of public perception.

NOTE: Surveys using the Evocative Word Association technique cannot be conducted in writing, but only as an auditory interview, (preferably by telephone since it provides a veil of anonymity.) If respondents are required to read the questions, they will have to go to the left sides of their brains and you will have defeated the whole process.

If you’d like help writing your survey script or choosing the right evocative words, telephone Corrine Taylor at 512-295-5700 or email her at Corrine@WizardofAds.com

* This isn’t just pop-psychology. Dr. Roger Sperry won the Nobel Prize for his research into brain lateralization in 1981.
** See Rules to Remember when Conducting Public Opinion Surveys, for sample sizes and other mathematical details you’ll need to know.